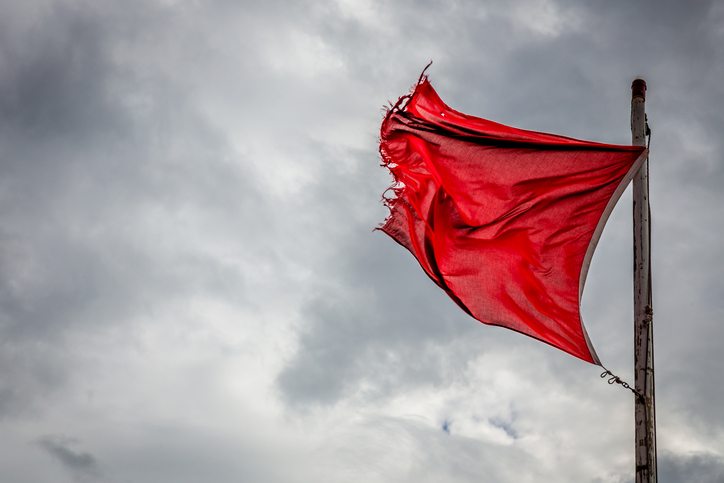 Share via
Much has been said about the cost of a wrong hire. They have the potential to plunge your company into toxic culture hell, could cause disputes in the office if they don’t mesh well with staff and, according to Zappos founder Tony Hsieh, could set your business back “well over $100m”. So it doesn’t hurt to know which recruitment red flags to look out for. Separating the wheat from the chaff isn’t an easy feat. Those with brilliant resumes could end up being the worst fit, and the other way around as well. Practice will make perfect – yes it will, no one company has the same benchmark – but there are common recruitment red flags you can use as a mental checklist the next time you meet candidates face-to-face. Of course, we searched the web for some expert advice, and we came across a well of information. We’re talking about Quora, and one Mira Zaslove, who recruited people into finance and sales roles, has been writing about this very subject. She believes warning signs can appear as as soon as people walk through the door. “First impressions matter. How formal you dress will depend on the company, but what you wear says a lot about you – how much effort has gone into meeting someone, whether they did their research on company standards and whether they truly care about getting the position. “I once interviewed a candidate who came in wearing an overly casual and wrinkled outfit. It looked like she was going to a yoga class. Her painted nails were chipping and her hair was messy. Nevertheless, we ignored the red flag. She was a good candidate, so we hired her. She performed well, but quit shortly after joining.” Zaslove explained the employee had joined another company. Of more importance though is that she’s right: we live in a world where our appearance tells people a lot about our interests and our personality. And if you’re choosing someone for a customer-facing role, it becomes all the more paramount. Other recruitment red flags manifest when candidates open their mouths – especially if they’re inclined to bragging. When the CV looks impeccable but their attitude is horrible, really think about whether his/her talent is worth it. Arrogance is also something to be weary of, Zaslove explained, though some – especially large companies – will be drawn to their talent nonetheless. It’s not always the best move. Take, for example, the viral blog by former-Uber engineer Susan Fowler. She explained her sexual harassment claims were tossed to the side in light of the employee in question’s talent – that HR didn’t feel comfortable “punishing such a small mistake”. Never let talent get in the way of company culture – it’s the one thing both customers and staff will leave you for without much thought. We all know how things have ended up with Uber, so nip such attitudes in the bud from the get-go. “I once had a candidate say to me, ‘ok if you are so good, show me how it’s done,” Zaslove said as an example of what to look out for. “‘Sell me this pen’.” Bosses often like to see staff ask questions, but not in such a manner. She added: “I had yet to decide if I wanted to hire this candidate and found it jarring. After I gave my answer, they tried to ‘one-up’ me with an overly amped, standing presentation. It was a no-no. It’s difficult to train people who ask questions, not for an answer, but only to show how smart they are.” Read on to find out how Elon Musk can tell if you’re lying.