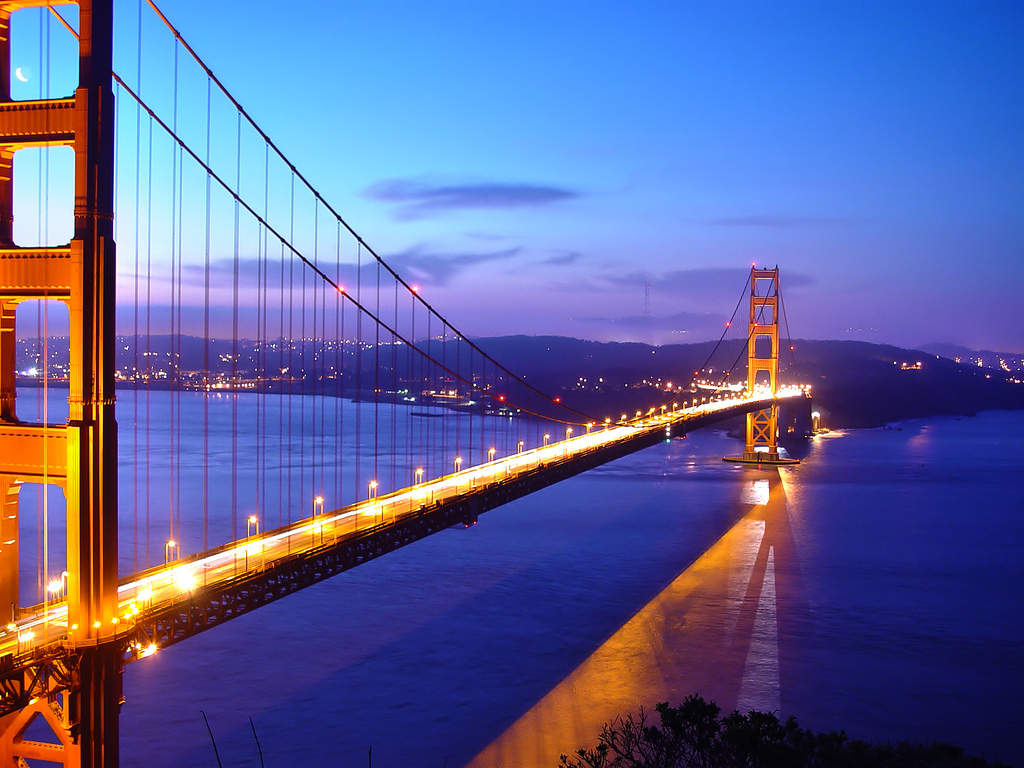 Scott McKenzie’s famous song about San Francisco reminds us that “If you’re going to San Francisco, be sure to wear some flowers in your hair.” I decide to ignore his advice; opting for a much more discrete baseball cap?I?m not sure I could pull off the hippy look.

I had a feeling of anticipation and excitement as we took the short one-hour flight from LA to San Francisco. I’d been looking forward to visiting the land of hopes and dreams for tech startups and Dan, our technical director, was getting into the techie spirit and decided that he would spend the entire journey hacking away so we could update our app, Spottd, as soon as we arrived at our hotel.

We were staying in downtown San Francisco near the SoMa district, which provided for a good base for the week. We were in San Fran for five days and wanted to meet as many entrepreneurs, venture capitalists (VCs), angel investors and future partners as possible.

Meeting with Silicon Valley VCs is no easy task. There is a lot of competition from products that are similar to ours, and to get heard above the noise is the first task. There are a number of challenges to face before you can even get a foot in the door with any of these firms.

Firstly, we are British. In itself this isn’t a huge problem, but many investment funds have rules around only investing in US incorporated companies. This would mean that for them to invest, we would have to either move completely or set up an office in this part of the world.

Secondly, we are the new kids on the block. Having taken some early investment from angel investors, we have been able to build a minimum viable product (MVP). We finally completed this in September, and with some initial private testing, we launched Spottd on the UK app store earlier this month.?VCs, however, want data about your startup. Very quickly we learnt that this goes much deeper than how many users your product has ? you have to really analyse the data to create a much richer picture.

In our case, we need to initially see how many people download the app and use it on a daily vs weekly vs monthly basis. We need to learn who our users are, and what percentage of those are proactive (content generators) as opposed to passive (content digesters). All of this enables investors to build a picture of how strong your business is, and until you can build a good case?with metrics then it can be an uphill struggle. Fortunately for us, we are bringing in some good numbers. However our data set is small, only two weeks old, and we really need a bit more time to prove that we can sustain the performance we have produced so far.

With this in mind, we split our time – Dan continually worked on the app, integrating new ways to share to existing social networks such as Facebook and Twitter, whilst I started to construct a metric dashboard that will allow us to really get into a constructive cycle of seeing what things we are doing well and more importantly, what we aren’t doing so well at.

One afternoon, as we were working from our 14th floor of the Clift Hotel a sudden jolt rocked us. It lasted for a number of seconds before it became apparent what was going on. In true tech style, it was through Twitter that we realised what was going on ? others who had also felt the shaking confirmed that a magnitude 4.0 earthquake had hit about six miles away. A further quake (3.8 this time) struck about six hours later. Thankfully, there were no reports of any injury or damage.

Towards the end of our time in San Fran we met up with a party of other British entrepreneurs that have either moved out to the USA or, by a lucky coincidence, are in town the same week that we are. Over drinks, dinner, drinks (and more drinks) it didn’t take long to get the impression from many of them that they wish they had moved out here earlier in their careers.

Alex Tew, entered the internet hall of fame when he created the Million Dollar Homepage back in 2005. He moved to San Francisco earlier this year, and was eager to convince us to do the same. Alicia Navarro and Nick Black, founders of Skimlinks and CloudMade respectively, are another two examples of those who have grown their businesses in London before moving out to the west coast of America where they reside today.

As we board our flight to Boston I leave wanting more from San Francisco. Apart from being an excellent launch pad for a tech startup in the US, it is a lovely city too. As I begin to write this blog I open my trusty notebook and find the postcard that was left on my bed when we first checked into our hotel. A simple quote from Samuel Beckett that pretty much sums up the life on an entrepreneur: “Ever Tried. Ever Failed. No Matter. Try Again. Fail Again. Fail Better.”