Mobile advertising on fleet vehicles provides a snapshot of the wider business, and it’s worthwhile making a good impression. Here’s how some businesses are using vehicles as mobile advertising.

For many people, seeing fleet vehicles around town is the first interaction they will have with a business, and as we all know, first impressions count.

Even if a business has the simplest branding in the world, fleet vehicles represent the business and a shoddy, run-down vehicle sends a poor message.

At the same time, branding up a fleet can be a great way to gain added value and spread the word. Fleet vehicles are driving all over the place, and that’s advertising space businesses can capitalise on.

When you’re on the road, chances are most commercial vehicles you see are recognisable due to branding and livery. They can be brightly emblazoned, have a simple logo along the side, or have a cap or other distinguishing feature on the roof etc. The possibilities are endless.

Mobile advertising: How effective is it?

• 75 per cent of those surveyed said they developed their first impressions of a brand from its truck advertising
• 91 per cent noticed ads and could still recall them days later
• Nearly a third would base a buying decision on the state of the vehicle in question.

The figures speak for themselves – not only is it absolutely crucial to keep your fleet pristine and well-maintained to keep up appearances, it also pays to add some graphics and capitalise on the billboard-nature of the vehicles.

How do you do it?

Options for advertising on a fleet range from vehicle wrapping and uniform branding with decals, creating full-scale moving billboards.

Chances are, businesses will want to convey a sense of consistency for a brand. At the very least, this can mean making sure all vehicles fall within a range of colours, are all kept clean and are all driven well. It can also include all vehicles being branded in the same way, with the same logo and details.

Keep all branding fairly simple – vehicles are moving billboards, and people won’t be able to take in much more than the logo and the name. It’s unlikely that someone will be able to remember a whole phone number, but if they can clearly see the name of the business they can Google it later.

You may have seen the Pimlico Plumbers fleet around town, and this is one business that has got particularly creative with its on-vehicle advertising.

Its fleet of 235 vans sport plumbing themed number plates, such as B4TH and HE4T1NG, which have proved very popular with customers, and are now spotted and posted on social media.

“Our vans and their iconic Pimlico Plumbers livery are part of the London street environment. They appear dozens of times on Google Earth, and have been featured driving past cameras in hundreds of live news broadcasts over the years,” said CEO, Charlie Mullins.

“It goes without saying that our vans (as billboards) are our best advertising medium on the capital’s streets, and are so famous that we are taking one to Manchester later this year as part of our Conservative Party Conference campaign.”

It goes to show how thinking outside the box can pay dividends – if your vehicles are going to reflect your business, you may as well take charge of the message they send. 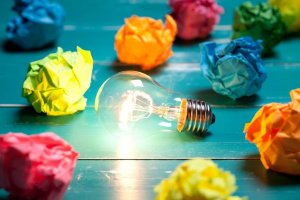 The type of leader millennials are motivated by