Hammond claimed he is “listening to the voice of business”, but said organisations and MPs have revealed concerns around his ideas for business rates.

He said: “Business Rates raise £25 billion per year – all of which, by 2020, will be going to fund local government.”

Taking “action to back British businesses,” Hammond said that business rates can’t be abolished as some have demanded, but said there must be a better way to manage them.

As part of a business rates revaluation, Hammond promised that a new preferred approach will be consulted on and revealed in “due course”.

“And ahead of this revaluation, the government committed to a package of cuts to business rates now worth nearly £9 billion, permanently doubling the rate of Small Business Rate Relief to 100%, and raising the thresholds so that 600,000 small businesses are taken out of paying rates altogether,” said the chancellor.

“But the revaluation has undoubtedly raised some hard cases, especially for those businesses coming out of Small Business Relief.”

He outlined three business rates measures to alleviate concerns, including providing an additional cap to any company coming out of Small Business Rate Relief.

“No business losing small business rate relief will see their bill increase next year by more than £50 a month, and the subsequent increases will be capped at either the transitional relief cap or £50 a month, whichever is higher,” Hammond declared.

“And third, I will provide local authorities with a £300 million fund to deliver discretionary relief to target individual hard cases in their local areas.”

According to Hammond, it’s an additional £435m cut in business rates.

Commenting on the business rates impact on the hospitality sector, Darren Seward at commercial insurer NFU Mutual, said: “While businesses would prefer not to receive rate increases at all, it was encouraging to see the Chancellor responding to the concerns of businesses in announcing a £435m investment in business rate caps and especially the specific £1,000 discount for 90% of pubs.

“This said, I would have liked this to have been extended to all hard-pressed businesses such as cafes, restaurants and retailers – particularly those on our high streets.”

“For medium and larger firms, however, the picture remains unclear, with a promise of a new consultation to find a better way “in due course” the only crumb of comfort. 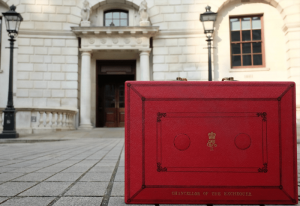 Spring Budget 2017: A juicy £200m for broadband – and plans to dominate mobile technology

How to make your learning and development strategy happen