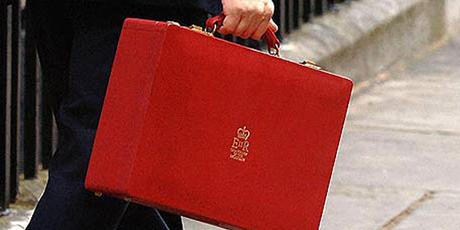 As a nation that is built upon its stiff upper lip and the need to ‘Keep Calm and Carry On’, the new Chancellor did well with his first budget to try and maintain some positivity in the UK’s SME community.

While I am not sure that anything he could do will dampen fears completely, but like the national chair of the Federation of Small Business Mike Cherry, suggested, ‘reinject optimism’ into the SME community, Rishi Sunak has taken some decisive economic action to help small firms.

There is not an area of our lives that currently isn’t, or will be for the very near future, affected by the Coronavirus. By following the official guidance and acting responsibly, we can go some way to mitigating the spread and the effects of the virus.

At Pimlico, we have taken some very proactive and stringent measures to protect our people and our customers. Many other businesses are also being responsible by doing such things as restricting travel, not holding meetings and, of course, implementing strict cleaning and hygiene regimes.

Whatever we do though, the impact of the virus will be felt by businesses of all sizes across the country.  Which is why it was right for the Chancellor to implement measures to help SMEs.

Moves to increase the discount on national insurance contributions that small firms receive from the Employment Allowance from £3,000 to £4,000, as well as a 14-day Statutory Sick Pay rebate for businesses with less than 250 employees for those unable to work because of the virus, will go some way to ease the burden.

It was also good to see that there will be a £3000 cash grant for around three-quarters of a million enterprises that qualify for Small Business Rates Relief, which is worth a total of £2billion, alongside widening access to the HMRC Time to Pay arrangements to help firms struggling with cash flow issues.

Although the outbreak naturally is front and centre in everyone’s minds, the budget did also set out the government’s strategy to get Britain building.  From road and rail to homes and power networks the Chancellor was very bullish about improving the country’s infrastructure.

Announcements like this are often seen as recession-busting tricks through the creation of loads of public sector projects that create jobs and boost investment.  On this occasion, it appears to be more about the government flexing its post-election muscles and exerting its dominant role in parliament.

Either way, if all the plans behind its budget headlines come off, the country should be better placed to support a more buoyant economy in the future.

That said, there was one niggling through that kept coming back to me during Rishi’s speech.  He kept talking about creating high-quality jobs that will both deliver and benefit from these projects. I was waiting for bated breath to find out how the country is going to produce these highly skilled workers.

Thankfully he managed to squeeze in an announcement that £1.5 billion will be invested to refurbish FE colleges and a new £2.5 billion fund to improve adult skills.

However, for the long-term, the only solution to ensure these projects and the wider economy can thrive is through apprenticeships. A common buzzword in previous recent budgets, apprenticeships were conspicuous by their absence in the Chancellor’s speech.

Hopefully, when he gets a second bite at the cherry later in the year with his Autumn Statement, Rishi will come good and put apprenticeships front and centre in the plans for the country’s future. Our businesses, our young people and our economy will depend on it.