The announcement follows another the chancellor made during his inaugural Autumn Budget speech last November, in which he confirmed that business rates revaluations would take place every three years in the UK, rather than every five.

After 2021, the next business rates revaluation is set to be in 2024. The government hopes that more frequent revaluations will alleviate pressure on business owners faced with rising rental costs and will help stop sharp increases in business rates bills.

Hammond’s pledge comes one month after owners up and down the UK received updated business rates bills from their local authorities for the 2018/19 tax year. Overall, business rates were found to have increased by as much as 15 per cent since the previous revaluation was conducted in 2015.

Figures from the Ministry of Housing, Communities & Local Government revealed that firms could expect a business rates hike of £845m in total in April this year, with local authorities anticipating an overall tax take of £24.8bn.

The chancellor’s announcement may have been a response to a call from a leading group of UK restaurant bosses, who last week urged the government to introduce major business rates reform in order to protect jobs and avoid branch closures.

The chief executive of Bills, Duncan Garrood, and the chairman of pub chain Mitchells and Butlers, Phil Urban, were among 15 food and drink industry leaders who signed a letter to Hammond, asking for “root and branch” reform of business rates, the BBC reported.

The restaurant trade has suffered recently from increasing costs, with business rates being one of the most significant. Byron Burger and Jamie’s Italian are both examples of popular chains that have had to close many of their branches due to recent financial hardship.

Last week, Pizza chain Prezzo became the latest victim amongst high street restaurants when it was forced to close 94 of its outlets, or around a third of its branches.

In his Spring Statement speech, Philip Hammond also promised to make the tax system in the digital economy fairer. The chancellor said: “In the autumn, we published a paper on taxing large digital businesses in the global economy and today we follow up with a publication that explores potential solutions.”

The role of cash in the economy

Recognising late payments as a major problem currently facing Britain’s businesses, the chancellor called for evidence on tackling the issue. He added that the Conservative Party continued to be the “party for small business and champions of the entrepreneur.”

Following the £190m Challenge Fund, launched at the last Autumn Budget to rollout superfast broadband throughout the country, the Spring Statement allocated the first wave of funding under the initiative.

The importance of investing in your leadership team 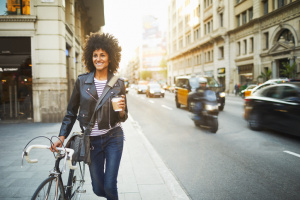 Engaging employees with initiatives that satisfy a need for social impact