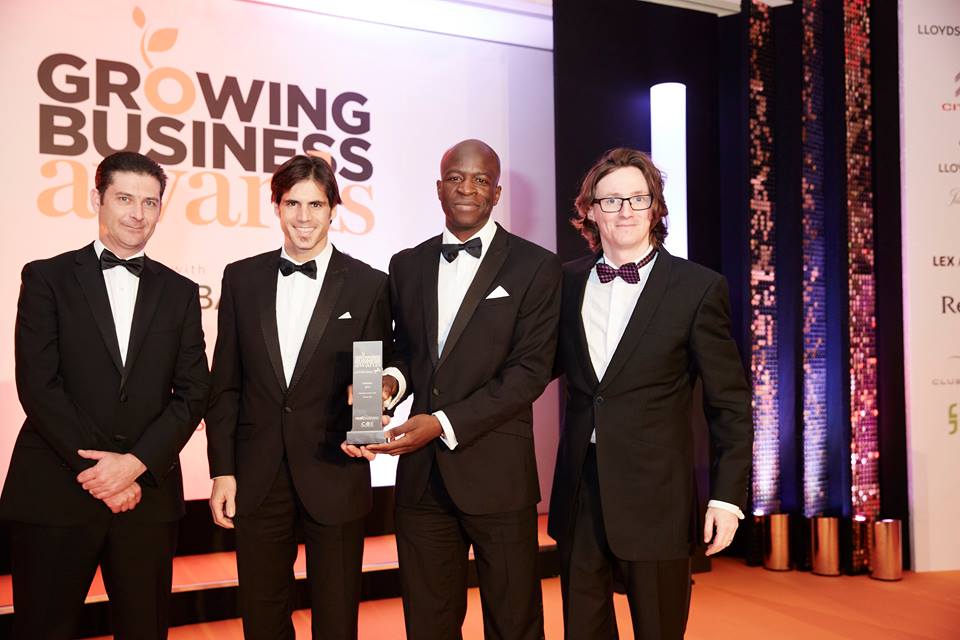 Plumis is the home sprinkler manufacturer which secured Innovator of the Year at the Growing Business Awards, sponsored by Lex Autolease, on 25 November. To find out more, we’ve spoken to co-founder and design director Yusuf Muhammad about what it means to be creative in a space that has stood still for 20 years.

With the emergence of interior design also came open-plan living spaces, and as pleasing on the eye as they may be for the homeowner, firefighters will see safety hazard written all over it.

Ironically, most traditional water sprinklers fitted in homes will end up soaking the place to such an extent that they will end up causing water damage.

Plumis, however, uses just five per cent the amount of water that a standard sprinkler will project, achieved through its “misting technique”, to reduce the damages.

“Initially, I was taking part in a group research project and we set a remit to save lives,” Muhammad explained. “We went to a local fire brigade in South Kensington to brainstorm and hear novel things that could lead to a new device.

“One firefighter mentioned that rookies usually burn ears in the field, but more experienced guys would turn the hose nozzle to a mist setting to control the fire and we thought it was quite interesting and thought about how it could be used in the home. It turns out the technology was being used frequently offshore, so we looked to bring it onshore.”

The Plumis team was created in a small business incubator with the Royal College of Arts and Imperial Business College, which allowed engineer and designer Muhammad to find partners possessing business knowledge to combine their skills over the 18-month development period.

“It helped us go from a design to business proposition. We then looked for angel investment as we continued more testing to validate that the product worked, testing it out on furniture fires to ensure the system was robust,” he said.

Muhammad told us that that the fire protection industry hasn’t really changed in over two decades, noting: “Nobody has tried to push the envelope. Innovation for us means trying to solve old problems in new and more lasting ways, and we’ve come at it from a different perspective that we feel is unique and different.”

It’s not just the Growing Business Awards judges that recognised the company’s ambition or innovative mentality though. The lead product Automist was recognised as one of the top ten inventions in the last decade by the British Library, and also received a Dyson Award.

The six-person London startup is “serving the vast majority of the UK”, according to Muhammad, including Scotland, Wales, and the Isle of Wight. He revealed there are some pilot sales internationally, and potential partners have approached them, but insisted the domestic market is the team’s focus right now.

The Plumis customer base is a mixed one though, targeting homeowners that want open plan layouts, architects and builders – but also counting care homes, student accommodation and other high risk fire groups among clients.

“The main reason people buy is to satisfy building regulations. For example, a three-storey house can’t have an open plan ground floor because if there’s a fire, someone in the loft won’t be able to escape from top floor to bottom,” Muhammad revealed.

“Our systems are relatively easy to install, enables more open plan opportunities and are aesthetically pleasing for architects and builders to create more desirable homes.”

Technology in the home is rising in popularity, with a basic trend being second-screening. This sees consumers use their phones and tablets while watching TV. On a more technical scale, there are remote and automated heating services, such as Nest, which Google bought for £2bn earlier in the year.

The UK, meanwhile, is currently undergoing installation of smart meters into homes, which will allow homeowners to view energy usage in near real-time – there’s a target of 53m gas and electricity meters to replace by 2020.

Understandably – it would be quite easy for those in the property sector to become overwhelmed.

Muhammad, said: “The response is varied – some people loved it straight away and said it’s what they need because traditional systems are difficult to retrofit into buildings. With others, we had to explain as water-mist is quite unknown, so they wanted to go through data and research to know the development is robust. The fire community has been great in understanding us and putting us forward.

“Nest is pretty impressive, it can be used remotely with an app and they recently did an intelligent smoke alarm. Fire Angel is also moving towards the smart home solutions.

“I think making the home more intelligent around you, adapting towards you and being invisible will be more prominent in the future.

“We’re still exploring where we go in the future, but there’s plenty of scope and we’re only scratching the surface.”