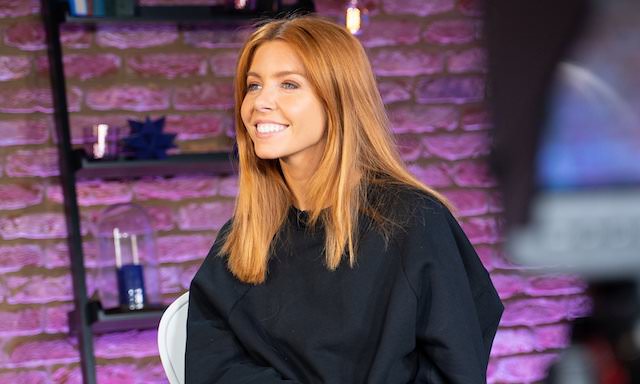 Share via
Imposter syndrome is the feeling that someone ‘is not worthy’ to be at the level they’re at in business. These negative feelings can dominate the minds of high-achievers, make them question their own validity, and lead to destructive behaviours such as a loss of confidence at the most crucial times in business leadership. It’s that voice that says you don’t deserve to be in the position you’re in, that being chosen for a promotion or a job role was a box-ticking exercise, and nothing more. Although most people understand that these thoughts aren’t real, they can still be incredibly destructive.

Own your ‘Imposter’: A panel discussion of female business leaders

A recent campaign run by the Natwest was set up to help women tackle the issue of imposter syndrome in business. Real Business was invited to the panel discussion which included Michelle Kennedy, CEO, and co-founder of Peanut, an app for mothers that’s gone viral across the UK and US, Ebony Rainford-Brent, an ex-England cricketer turned BBC broadcaster, Poorna Bell, an award-winning journalist and winner of the Asian Women of Achievement Award 2014, and Pippa Murray, founder of Pip + Nut, a health food product that’s stocked in supermarkets nationwide.

“One of my biggest imposter syndrome moments was when I got one of my first post-sports broadcasting gigs on the BBC,” says Rainford-Brent. “They wanted me to cover men’s international cricket matches. The deal was that I would be working with one of the big old-school broadcasters in the field, he was older, male and very respected in the industry,” she continues. “Before I joined, I had nightmares that I would be dragged off the mic, and they would all say ‘you’re not good enough’.”

“I remember those feelings so well,” adds Michelle Kennedy, “you’re half expecting someone to tap you on your shoulder and say move along, you’re not meant to be here.”

“It can happen when you’re pitching an idea to investors and a voice at the back of your says you’re an imposter, you lose your wording, you sweat, it’s that prickly heat,” she adds.

“In the past, those feelings of inadequacy have held me back from going to a meeting and networking with important people that could have helped my business grow, that led to countless lost opportunities for me,” she adds.

Pippa Murray on holding your own against older ‘more experienced’ men

“I’ve felt imposter syndrome most strongly at networking events,” says Pippa Murray. “I remember there was one particular event where I was meeting senior executives of global food retailers and huge business owners. I was thinking to myself, ‘you have to mingle and be authoritative’, but all I wanted to do was stand at the back of the room.”

“In short, I didn’t feel experienced enough to be there.”

“I remember thinking to myself, ‘why am I feeling this way? I’ve built a brand from nothing, with no prior business experience,” says Murray.”My products are stocked in all major supermarkets in the UK, why do I still feel inadequate?”

“There’s still a punishing element to success in this country,” says Murray.

Imposter syndrome: The feeling that you’ll be ‘found out’

“I worked in theatre production before starting  Pip + Nut, so I was from a totally unrelated industry, I didn’t know what profit or loss meant before starting the business, and now I’m working with big traditional retailers and manufacturers, but instead of patting myself on the back and saying, ‘haven’t I done well! ‘I’m asking myself, – will I be found out?”

Self-deprecation is the ally of imposter syndrome

“It’s important that we pull each other up on imposter syndrome and this includes the self-depreciation that comes with feeling those emotions,” says Michelle Kennedy. “When I took Peanut to the United States, I was really playing down my achievements to others, and that really doesn’t travel well outside of the UK,” she adds.

“Modesty and self-deprecating humour doesn’t work in a business context in the US, and certainly not in a board meeting, which I found out soon enough!”

“Now I know it’s better to say actually what I’ve achieved is huge and deserves recognition, Americans by-and-large aren’t afraid to say when they’ve done well and we can learn from that,” she adds.

How to counter the haters? Hold onto your moments of success, says Poorna Bell

“We’re always going to feel those negative thoughts,” says Poorna Bell, “but it’s about rewiring what you learn from those negative situations,” she adds.

“For example, you could be in a new job role where you feel quite vulnerable, and in my experience, there’s always one ‘Eeyore’ type character’ who will say something negative about you or your professional abilities,” she adds.

“I remember once where myself and a mate of mine were both promoted into new roles at a company, and a colleague said we shouldn’t have been hired in the first place, and that we wouldn’t ever match up to predecessor, but we did! There was evidence, our profits had risen, we had exceeded that person’s expectations on our own – countering imposter syndrome is about holding onto moments like that.”