The Taylor Report made clear that workplaces were being altered by the likes of automation, robots and artificial intelligence (AI). While many debate the good and the bad of such a change, workers have decided they would like an AI personal assistant.

Whatever fears the workforce initially clung to seems to have abated, according to Adobe. As part of its Future of Work project, the opinions of 2,026 Brits were analysed. Dreams of having an AI personal assistant to help them manage tasks, it found, were in abundance.

Some 68 per cent believed an AI personal assistant would enhance their abilities, with 46 per cent hoping to soon use one as appointment and project due date reminder. A faster means of researching and sifting through data was cited by 36 per cent and 30 per cent respectively as the reason for needing technological help.

This, according to 85 per cent of respondents, would improve their productivity, a point Adobe similarly strives to make .

“The research shows UK office workers are open to embracing advanced technology like AI to augment their working day,” Mark Greenaway, head of emerging business EMEA at Adobe, said of the unveiled figures. “Humans don’t feel like they’re just a cog in a machine, they are confident that they’ll continue to matter in the workplace, even in a world of fast-developing technology.”

While that may be the case, Greenaway acknowledges that uncertainty around the subject remains, though not for Terminator-esque reasons. Employees are of the belief that 60 per cent of admin tasks will be done by technology in the next 20 years. As a result, 87 per cent predict their role will change in the next five years.

Given how soon such a change could be made evident, many feel they are ill-equipped to handle what will be flung their way.

“We’ve found that people are open to change, but they also want to be confident when using new technologies – currently the majority don’t feel they have the skills necessary to do so,” Greenaway said. “As long as employees adopt a learn-it-all mindset, and companies design user-centric technology that’s intuitive, technology and work patterns should evolve hand-in-hand.

“Considering the often sensationalistic and innacurate reports given about AI technology, and its impact on our lives, it’s important that workers remember that AI can help make their lives easier, so they have more free time innovating and being productive.” 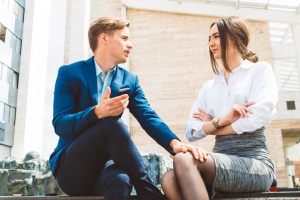 Dealing with allegations of sexual harassment against a senior employee

Behaviour of business heavyweights shows burnout is no longer cool