Health and safety is not a popular subject with most shop floor staff. Those focussed on customer satisfaction and high production often perceived it as “getting in the way”. Others see it as simple another arm of authority and therefore something to be flouted.

It is beyond the understanding of many from the Eastern block, as it simply doesn’t exist in their original culture. Health and safety for a factory owner can be a huge headache.

When we started, I learnt everything I could about health and safety and worked equally hard at getting the staff on board. We had a good relationship with the factory inspectors and the Health and Safety Executive (HSE) and seemed to be wining the battle. Staff continually told me that we had the highest standards of health and safety of anywhere they had worked.

But the requirements of health and safety grew in tandem with both business growth, increased staff issues, my own health deteriorating. Four years ago, when a computer virus knocked out most of our old information, I believed I was doing the right thing by calling in expert consultants to replace, update and oversee things whenever I was off. Their full audit on systems and staff competency came back extremely positive, so I went on believing it.

How wrong I was. We had two cut fingers within three months of each other after nearly 20 years virtually accident free. It is absolutely appalling to know that anyone has been hurt in the slightest way in your company. However hard you have tried, whoever has contributed, nothing stops it being awful.

I put the first occasion down to being a very sad one off. Having also been reassured that all was fine by the subcontractors, I went off to get some hospital procedures done feeling falsely secure. When the second one happened, it was devastating. Genuinely believing I had done everything I could, and always having had a good relationship with the HSE, I was unworried by informing them the first time. By the second, it was a very different scenario. It had emerged that the sub-contractors had subbed the work on. The HSE told me that they were on a mission to stop SMEs using sub-contractors, so they would prosecute all three companies.

Other business owners I have spoken to have dismissed the process of an HSE prosecution as a procedural thing that you shouldn’t let bother you. One said to me the system is like a load of traffic wardens on a bigger scale – their business is to raise money, and you should pay it no more attention. I found it impossible to view in that way. The insurance company’s solicitors add to this because their job is to frighten you witless, otherwise as a business owner you would not take the time that is needed to defend yourself.

In reality, you have to put running your company on hold and concentrate on producing files and files of past records and statements for months on end.

The case dragged on for two years against all three companies. I would dearly have liked to close the business down. Two out of three of the trainee management I had recruited were quick to disappear within weeks of the second accident. There was the correctional work from the sub-contractors to completely re-do, plus the court case and a failing business all to contend with. It was too much.

But the HSE wanted me as a prosecution witness agains the sub-contractors in addition to being a defendant. So, I would have still been involved even if the business was not still going and there were jobs to consider. I was caught in a catch 22. I was also told it would go in our favour I agreed to their requests to be a witness for them. Of course, it did not. That was another eye opener to me, having believed in the system before.

It was two years of fear. Old fashioned terror of the courts. Fear of not being able to save the business from the rapid decline. Much larger terror as to my ability to ensure that no other accident of any sort ever occurred again, however hard I tried.  And when you have done your best and it wasn’t good enough, you have no confidence left at all.

Factories are a high risk environment. Staff had lied to me that time round, and I had no reason to believe that they wouldn’t again. More than one supposedly responsible person were to tell me that I being unreasonable or hysterical in the standards I looked for after the accidents. But the HSE had told me all along that they did not think I was knowingly at fault so I had already learned the hard way that doing your best is no use at all. Only perfection could protect you and as perfection is virtually impossible an owner is continually exposed to high legal risks. It was eye opening and terrifying.

For over two years, I was on anti-depressants and popping valium anytime I saw an ambulance on the main roads near the town, leave alone when a member of staff had as much as a paper cut.

There was also the publicity to deal with. We had worked hard for years at building our brand name. A Google search brought up pages of positivity, from stockists, to magazine articles, to award wins. The HSE, however, uses cases as a deterrent and their press machine is powerful. The web was quickly full of reports, many completely inaccurate, on the case. Our positive brand was wiped out at a stroke. It could have happened to anyone, but it happened to us. 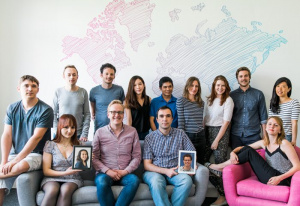 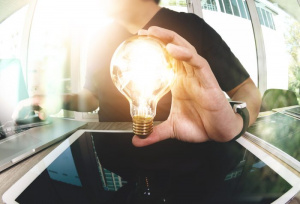