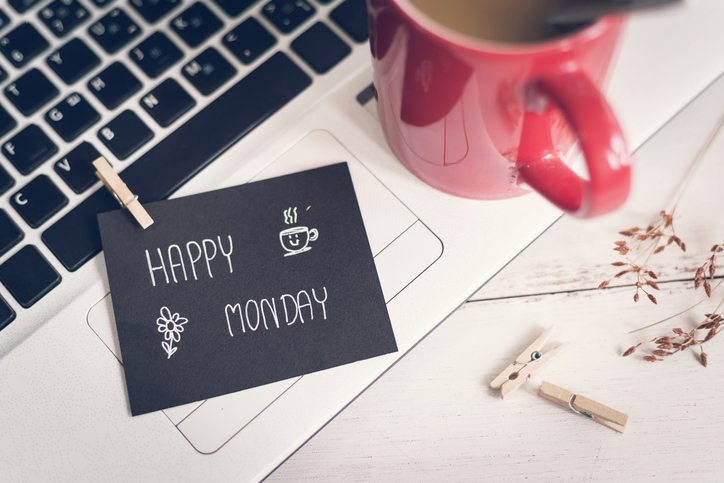 Share via
Never hold important meetings on Mondays. Chances are staff will be channelling the Bangles: “It’s just another manic Monday. I wish it was Sunday. ‘Cause that’s my fun day, an I don’t have to run day.” There’s just something about Mondays that instantly transform us into zombies. Not the acrobatic, running full-tilt kind found in most movies and TV series today. We shuffle slowly, reaching our destination on pure instinct and congregate around the kettle making nonsensical noises in the hope of speeding up the coffee/tea process. Those noises – and an increased lack of patience at having to wait for a hot beverage – are more likely to appear at the beginning of the week. Perhaps in light of this, ELAS Group surveyed 9,300 employees hoping to find the ten days staff were likely to take off work. With the exception of Tuesday 3 January, all other days were Mondays. “May has two bank holidays, which explains why it is the only month where Tuesdays have the highest absence rate,” the company explained. Here are the ten days with the highest absences: 1) Tuesday 3 January
2) Monday 9 January
=2) Monday 23 January
4) Monday 27 March *Clock change
5) Monday 30 January
6) Monday 6 February *National Sickie Day
=6) Monday 20 March
8) Monday 16 January *Blue Monday
9) Monday 19 June
10) Monday 27 February Enrique Garcia, a consultant at ELAS specialising in employment law, said of the findings: “It brings good news for employers in that National Sickie Day appears to no longer be that big of a problem. Of course, genuine absences cannot be helped but frequent absenteeism, or sickies, need to be tackled. “It’s impossible to tell if it’s purely coincidental that the absence rate on Mondays is so high or if people are taking advantage and wanting to extend the weekend. But this is the second year in a row that the statistics have shown there is a pattern, which is something employers should be aware of.” Countless employers have indeed tried to tackle the problem, but our hatred of Mondays seems to be deeply ingrained. From kindergarten to high school, university and into our working lives, we’ve slowly come to accept the day as “the moment things change”. Researchers have long unveiled that on a stress level, there’s not much difference between Monday and any other day. It’s just that we experience a large emotional shift from happy Sunday to a work day. We go from moving at our own pace to crammed commutes and information overload. Frustration levels rocket through the roof. The weekend also tampers with our sleeping pattern. As strange as it sounds, a day or two of sleeping in can confuse your body clock. It’s why we feel drained on Mondays despite having “rested up” over the weekend. We find Mondays overwhelming – and misery loves company. When everyone grumbles about the day, we often tend to join in. If staff aren’t in love with their jobs it just signals the beginning of an endless cycle of repetitive work. So we just hate the day. Plain and simple – and there’s little you, as boss, can do about it. The only true solution is to try and boost the office mood – an endeavour that won’t work all the time. According to Lee Biggins, founder of CV-Library: “At a time when everyone in the office is feeling low, what better way to cheer them up than with a team event they can look forward to either in the office or after work? Get your employees involved by asking them to come up with ideas. “There are plenty of ways you can bring some fun into the workplace; have a dress-down day, set up a competition, take everyone out for a drink after work or treat them to a staff lunch at a local restaurant. Another idea would be to kick start the day with a team breakfast. This will help to banish tiredness and keep energy levels high, as well as make everyone feel part of the team. “A selection of food will give employees something to look forward to, especially if they don’t normally have time for brekkie in the mornings. You could try keeping it healthy by arranging a selection of fresh fruits, yoghurts and croissants, or get everyone excited with bacon butties and fried eggs, though it’s worth going with the healthy option if you want to prevent energy levels from slumping.”