This week I was sucked into reading; first an article and then the following posts on keeping up staff morale in a recession.

The article was written for a reputable business forum by an HR expert. Its theme was “engagement issues” which is the sort of HR speak that gets many people’s backs up to begin with. The advice given was to duly tackle your engagement issues by sharing all information with staff at all levels, good and bad. Then, apparently, no one would be stressed by the recession and the company’s survival would be guaranteed.

The re-active posts were divided equally into two camps.

On the one hand, we had comments of a staggering lack of reality which only served as a reminder as to why we still have unions thriving in this country. Suggestions of primary solutions to companies fighting to stay alive in the recession included: reducing number of hours people had to work (for the same pay), reducing the work load to reduce  stress, and writing promises into contracts that there would be no pay cuts or redundancies, whatever the state of the business. These were often accompanied by a lot of vitriol against the rich bosses and managers who sit on their backsides and do none of the proper work.

The second camp was equally as extreme, the authors clearly of a fascist mind. Recommendations centered round the abolition of the Welfare State, and generally, people should be reminded they were lucky to be in a job at all and should stop moaning.

Probably, the only common factor on both sides was that spending on HR mumbo jumbo should be the first thing companies got rid of. Unfortunate for the specialist writing the article, but it did highly recommend vouchers or bottles of wine to good performing staff and customers alike as another recession beater. I have a vague idea that you have to be pretty careful with your presents under the bribery act and think the Inland Revenues rules on vouchers might have been worth a mention at this point. As one commentator was quick to point out, is a Marks and Sparks voucher really going to make you feel better if you know you might be made redundant at any moment?

For some companies, depending on sector and personnel, total honesty about dicey times can be the answer. I have been up against it in business terms at various times in my rather too long career. I have made staff aware of this and sometimes not. In my early days in business, untrammeled by advice on “engagement issues” I scrupulously protected staff from any worry – and this was towards the end of the last recession. Several times it got to a point where we literally had hardly any work and I invented reason after reason as to why – often revolving around me being behind in my work to process all the orders. Did I survive? Yes. Did I lose any staff? No. Were any of my staff stressed? No.

I would guarantee that at the lowest point, if I had taken facts and figures of how near the edge things were, the majority of sane people (myself included ) would have been off on a job hunt before taking the next breath. One of the many problems with this strategy is that the information is out of context. People do not have the past history, the ratios of probability, nor the understanding of a balance sheet in every job that a business owner or their FD does.

In more recent years, I have been influenced into consulting openly. When I tell people that times are rough, they are indeed worried and they are stressed. Can I give them promises that nothing nasty will ever happen? Of course not. With some, we can muster a Dunkirk and that is great for me – not so sure how great for them. With others, there are the people who, in the other camp, resent what they are hearing and blame the bosses for everything. There are still a huge majority in this country – 50 per cent if the posts were anything to go by – who, whatever facts and figures of losses you show them, remain convinced that if you are a boss, you are raking it in.

Class warfare is alive and kicking in Britain today – if anything were to further spur the recession and the widening gaps between those who do have and those who do not. No amounts of kisses, cuddles and open sharing is going to change that. 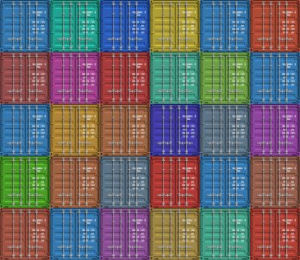 How to export your way out of recession 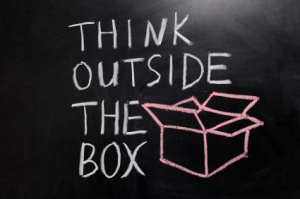