In the words of Rihana, “work, work, work” – the word “work” being on an almost constant loop. Hear it enough times and the song will start to loose its glamour. Similarly, the more you work, the more stuck in a routine you become – unless you’re a die hard fan of what you do. It’s just life, and not enough bosses seem to know how to flip the resulting staff unhappiness around.

There’s no miracle cure – no person or business is alike so you shouldn’t always bank on a one-size-fits-all approach – but a change drastically needs to happen, no matter how small it may be. After all, only 30 per cent of the UK’s workforce describe themselves as happy. That’s according to Perkbox research, which suggested staff unhappiness only increased throughout the working week.

On a Thursday, only 11 per cent could stand being in the office, with it dipping to eight per cent on Friday morning before suddenly jumping up magically within the last 20 minutes of the working week. I’m sure many can relate to the amazing workweek clip courtesy of Leonardo di Caprio.

Staff unhappiness raised its ugly head the most in Yorkshire and Humber, where 42 per cent were less than thrilled to be in a working environment. On the other end of the spectrum, the East Midlands boasted a happy force of 80 per cent.

Perkbox co-founder and CEO Saurav Chopra had some shocking figures to go with the research. A single disengaged worker, irrespective of sector, could cost a business over £3,000 annually in sick leave, lost productivity, training and recruitment.

“People frequently underestimate the power of the ‘pissed off’ and unhappy,” Joe Folkman, co-author of “How To Be Exceptional: Drive Leadership Success by Magnifying your Strengths”, once said. “In general, disgruntled employees have been known to create irreversible damage to your brand, alienate your most valuable clients and cause very expensive mistakes, leak important company information and participate in internet ‘bad-mouthing’.” That was a small sampling of what Folkman believed staff unhappiness could do.

“You can’t make every worker happy, surely, and should a business even try?” Folkman said. “Actually, the answer is yes. Or rather, managers are giving up far too soon on their disgruntled employees, making them less productive than they could be, exposing their companies to unnecessary risks from thefts and leaks in the process, and inflating turnover costs. As leaders, our knee jerk reaction to unfavored (and disgruntled) employees is often – ‘It’s their own fault!’ Instead of attempting to eliminate each upset employee and causing your firm to lose thousands in employee turnover; take a moment to consider how these performers need to be treated.”

For further reference, here’s an infographic from Good.Co on the consequences of staff unhappiness and how to battle it. 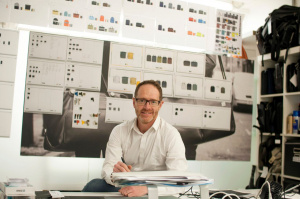