Founded by Anne Boden, who also serves as CEO, Starling Bank is part of a group of challenger brands, also including Monzo, Atom Bank and Revolut, taking on incumbent high street banks with a digital offering.

Its consumer offering was launched to the public in May 2017 and claimed to be the first mobile-only current account. While exact figures could not be provided, Starling Bank did say it has “tens of thousands of consumer customers”. Starling for Business will first open to a closed group of testers towards the end of 2017 ahead of an “anticipated live date” in early 2018.

Speaking to Real Business earlier in 2017, Boden said the idea for Starling Bank came after spending 30 years in the banking and technology sectors with businesses such as Lloyds Bank, UBS and ABN AMRO. Believing banking was “broken” after the financial crisis of 2007, she came to the issue from a “technologist’s” point of view.

Wanting to differentiate the Starling Bank offering from other perceived rivals, Boden said she and her team did not set out to provide all products to all segments across all channels. “We are focused on transaction banking, the everyday. We’re doing that through one channel, on mobile, and are doing it on a brand new technology that delivers all the new features that customers now want.” 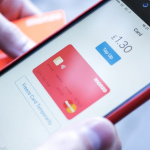 While the disruption of financial services has been going on for a number of years now, the capital banked by four of the most advanced digital challenger banks is hugely significant.

On the subject of Starling for Business, she added: “What’s become apparent is that a hugely underserved group of people exist who need more than a personal current account but aren’t quite a small business.

“This is what we are hoping to solve here by developing Starling for Business. Developing the tools and features that work for these entrepreneurially-minded and driven customers has therefore become a key goal for us in the next 12 months.”

Starling for Business will reportedly be free to set up and start using. Customer service will be available 24 hours a day and seven days a week, alongside linking with invoicing and accounting services.

Sarah Guha, product director at Starling Bank, said: “We are focused on sole traders and small businesses because the banking industry hasn’t offered something tailored for them.

“We want to have conversations with our customers and find out what they have, what they need, and what will help them grow their business and navigate their finances. This is an immensely exciting project for us.”

After starting life in 2014, Boden described the journey so far as a “long” one. “Building a bank is not for the faint hearted,” she added. Speaking in April before the launch of Starling for Business, when Boden had said there were no plans yet to address that market, she did say: “If I was a business person using a bank the things that really matter to me are understanding cash flow and how much clear balance there is at one moment. SMEs are crying out for innovation and creativity in this space.”