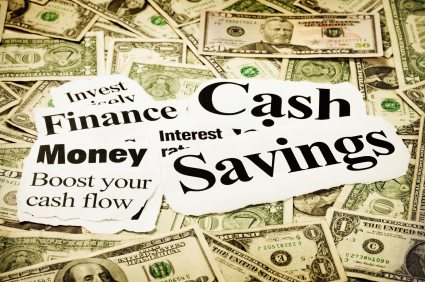 Share via
David Cameron?says that, ?Start-Up Loans are an important part of my mission to back aspiration, and all those young people who want to work hard and get on in life, so this country competes and thrives in the global race.? The total pot for Start-Up Loans, including the additional money, has been boosted to over ?110m in the following three years. Due to demands from those just missing out on the scheme and the inability to secure loans to start a business, the prime minister announced an extension on the age limit for application. This has led to a rise in both applications and registered interests in Start-Up Loans. Once their business is approved, budding entrepreneurs can receive the support and mentoring needed to develop starting ideas. Typically, the financial support given to them was a low interest loan in the form of ?2,500, the repayment period being up to five years. Entrepreneurs across the UK seemed to welcome the news, although they weren’t short of suggestions for making it a better programme that will truly unleash the country’s economic potential. Nick Moore, managing director of We Trade It, believes that ?the news that the Start-Up Loans scheme has been boosted by ?30m is obviously a positive move, given the recent cutbacks announced by the government. However, the ?2,500 on offer to each qualifying entrepreneur simply might not be enough to have a real impact. “To achieve maximum effectiveness the loans should be linked with additional benefits to encourage growth and initial cash flow, such as rate reductions and changes in corporation tax levels for start-ups. It?s also essential that the government actively promote the scheme to a wide market, including via colleges and universities, making the application process clear and concise.? In the three months that the scheme has been live, over ?1.5m worth of loans were awarded to 460 new ventures, helping to get them off the ground. Thousands more are expected in the months to come. By backing new entrepreneurs and creating affordable finance for small businesses, the growth of the economy will be driven forward. By doing so, the UK will be sufficiently equipped for the competitive era we now find ourselves in. ?It is only with this renewed focus on youth entrepreneurship that we will create more jobs and wealth and see the economy flourish once again. Start-Up Loans enable young people to harness their skills, and gives each budding entrepreneur not just a low interest loan, but also the help and support from an experienced mentor to guide them to success,? says James Caan, chair of the Start-Up Loans Company. Business minister Michael Fallon stated that?”the government is determined to back young people who aspire to get on in business and create jobs. The Start-Up Loan scheme has been very popular and the extra investment will help to meet the demand for this kind of assistance.” However, financial access is a large barrier not only for striving and new entrepreneurs. Lee Perkins, managing director of Sage UK believes that by opening this scheme to a wider range of people, UK PLC could receive a boost in the near future. ?Whilst it is good news that the age limit has been raised to 30, it’s not just young people that are responsible for driving continued economic growth – the government needs to? ensure that support and mentoring is available for entrepreneurs of all ages.” Mark Pearson, founder of MyVoucherCodes.co.uk, feels much the same way: ?The expansion of the start-up loans scheme is, in theory, great news for entrepreneurs and start-up businesses; but it does look as though it has only been expanded to those aged up to 30 because the scheme as it stood was not working. I personally invest and work alongside a huge number of entrepreneurs and it is clear that many don’t have an idea how or where to apply for the loan and also don’t receive any advice or guidance on what to do with the money once they have it. What started out as looking like a brilliant government initiative now appears to be failing fast and the expansion smacks a little of desperation.? By Shan? Schutte