The Recruitment and Employment Confederation (REC) and KPMG report showed the availability of staff for permanent roles fell by the sharpest amount since the survey began in 1997. Lack of candidate availability is likely to have been the cause of a rise in starting salaries by a record rate – permanent salaries have been growing every month for the last 26 in a row.

REC director of policy Tom Hadley said: “June saw record growth in starting salaries and yet another monthly increase in the number of people securing a permanent job.

“However, this month sees the number of workers available to fill vacancies plummet to an all-time low, in particular across business development and sales roles that are vital to boosting bottom lines. There are also persistent shortages across IT and engineering, which are becoming a serious threat to economic growth.”

Latest vacancy data also showed an increase in the demand for both temporary and permanent staff in June, with most of the new demand coming from the private sector.

Hadley added: “The message to UK businesses is that it is crucial to sharpen up hiring procedures in an increasingly candidate driven market.The message to government is that we need to reform the visa system to satisfy immediate demand for skills, whilst stepping up measures to boost the UK skills base for the long-term.” 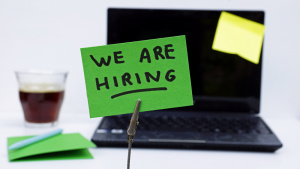