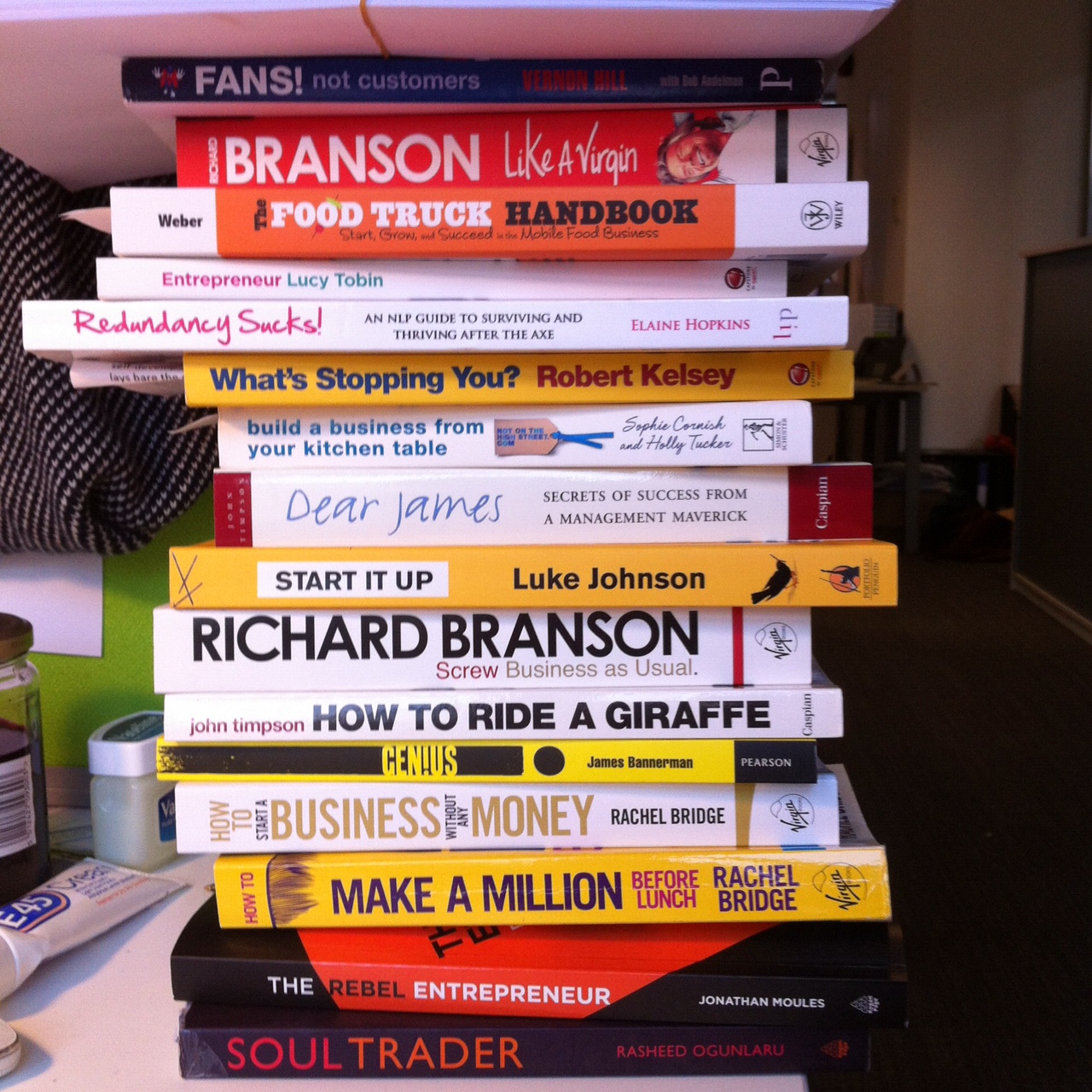 The number of UK start-ups hasn’t deviated much for years. Generally, business birth rates (the number of new companies created in Britain each year) hover somewhere between ten and, in a good year, 13 per cent of overall enterprise numbers.

So recent figures from StartUp Britain, showing a ten per cent 2012 spike to 484,224 new businesses, are a welcome anomaly – at least, welcome to those who want to run their own business. For many first-time entrepreneurs (aka “rightsized” employees), the prospect of starting a new business is terrifying. Cut adrift from corporate life, the future can look bewildering. Many will have lost self-confidence through an impersonal redundancy process, or wonder if they’re up to going it alone. Depression and daytime TV will loom larger than freedom and fortune. But, as investor-entrepreneur Luke Johnson says, “nothing saps ambition quite like a steady income”. The flipside of the forecast 20-year lows in City employment could be that many people find their inner entrepreneur in 2013. So how do you give yourself the best chance of success? Countless books offer advice to first-time entrepreneurs. With titles such as “You Can Do It”, “How I Nailed It” or “I Am Amazing” (okay, I made that one up), most fail from the start; the hesitant entrepreneur first needs a dose of belief. My favourite personal pep-talk is ‘Start it Up: Why Running your own Business is Easier than you Think‘, by Luke Johnson. A successful businessman and gifted columnist, his views carry clout. Younger entrepreneurs, Johnson says, tend to have more appetite for risk (“when you got nothin’, you got nothin’ to lose”), but he does encourage mature entrepreneurs. “Their experience and their wisdom will be their secret weapon,” he says. “The veteran generation can take its revenge by going freelance and doing well in the self-employed world.” The most successful entrepreneurs, Johnson cautions, “are not the same as other people. They have an ambition, a competitive urge and a lust to take risks that is way beyond the norm.” The already self-confident will love Start it Up; the tentative may sometimes feel cowed. “Boldness has genius, power and magic in it. Begin it now,” Johndon advises, quoting Goethe. He warns against over-intellectualising business (“Simplify! Simplify!”). Instead, stay physically fit, and consider marrying later if you’re committed to this path. “Entrepreneurship is a vocation,” he says, “like fine art or quantum physics or teaching”. Rasheed Ogunlaru’s ‘Soul Trader‘ is a more therapeutic introduction to entrepreneurial life. His eight principles – clarity, customers, courage, cooperation, conversations, creativity, compassion and change – are drawn from many encounters with business owners (Ogunlaru also coaches at the British Library’s Business & IP Centre). Reading the book is like being gently counselled: “How big do you dream? Some people like to climb mountains; others like to go for casual strolls in the hills… Until you are clear, nothing will be.” Soul Trader mixes sensitive counsel with real practicality. Tables, such as the map of life/career/relationship values, will help many embarking on an entrepreneurial journey. In a changing economy, this could become a well-thumbed classic. Steve Parks’ updated Start your Business Week by Week is a really clever format, providing weekly to-do lists over six months, culminating in the launch of a business. Those who crave structure at a testing time will find this reassuring.  ‘Build a Business from your Kitchen Table‘, by notonthehighstreet co-founders Sophie Cornish and Holly Tucker is also very structured. Their entrepreneurial creds are rock-solid and this is a gem for anyone looking to build a craft or artisan-type business with an online dimension. Jonathan Moules’ ‘The Rebel Entrepreneur‘, heaving with personal stories, will reassure new entrepreneurs that they’re not alone. They’ll be encouraged that bootstrapping (ie, “the value of having no money”) is seen as critical to business success. While Moules admires entrepreneurs, he shows that they are often flawed, lucky, certainly adaptable, and always persistent. “Entrepreneurs are not those who push their original ideas at all costs but those who work out which of their original assumptions are wrong and stop pursuing them.” Rachel Bridges’ fast, smart ‘How to Start a Business without any Money‘ also shows how much can be achieved (hiring staff, renting premises, advertising) for nothing. Keeping fixed costs down is critical in the early stages of business, so this is great advice. Finally, if you’re hatching an online business, Lucy Tobin’s ‘Entrepreneur‘ takes you inside Britain’s top digital companies.  A shorter version of this article is also published today in City AM.