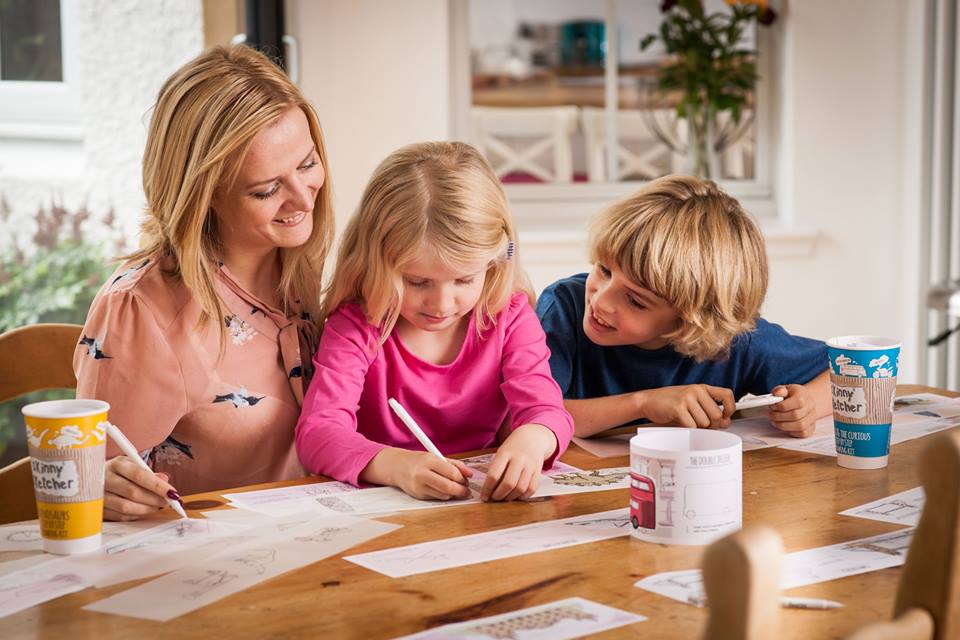 Share via
Last year I was able to launch a range of six Skinny Sketcher kits at Toy Fair, and secured listings on Amazon and in Gateshead?s Sage gift shop. And since pitching at the Inventors Workshop, I?ve returned as a speaker and mentor. More recently, this month I appointed Cuckoo Toys to manage her UK sales and distribution so that I can focus on R&D and business development. It?s taken a while to get to this stage, so here are the lessons I?ve learnt from misconceptions along the way, (1) Thinking you don?t need a prototype You do. For product designers, a prototype is crucial as it communicates your idea much more clearly than a verbal explanation alone. It doesn?t have to be perfect, but you do need to have one. Most startups are on a limited budget and prototyping is expensive so the second tip is don?t spend all your money on it. We are toy designers, and a great tip from Wow Labs at the first Inventors Workshop was to hack existing toys for their generic components and adapt them to make a cheap prototype. (2) Thinking you don?t need to test your product You do. Not testing your product is asking for trouble. And that doesn?t mean asking friends and family what they think. They will tell you they love it; they have to. Also, be sure to test your idea with a minimum quantity so, worst case scenario and you fail, it won?t cost you a fortune. The only thing worse than getting it wrong and having to go back to the drawing board, is having to do it while you?ve got 30,000 unsaleable units in your garage. Best case scenario and your idea flies, you can always up your order and do it with confidence. (3) Not being prepared for pitching Pitching to manufacturers, distributors, retailers ? it?s the necessary evil and the biggest mistake you can make is to be underprepared. Be reassured, it?s never as nerve-wracking as you expect. You might be standing in front of a room full of people or just a few with the power to have a great impact on what you?re doing, but no one knows your product or idea better than you and no one is more impassioned by it either. Be yourself and let your idea speak for itself.

(4) Not understand funding options Finding an investor may seem the obvious route, but you could also consider crowdfunding or self-fund your product development. You can read about how to manage a successful crowdfunding campaign here. If you fancy the idea of dancing to the beat of your own drum and growing your business organically, then self-funding could be the option for you, though going solo may result in climbing a rather steep learning curve. (5) Not networking or doing it wrong The biggest mistake startups make when it comes to networking is by networking with other startups. While it?s useful to swap ideas and experiences with people in the same boat as yourself, ultimately it?s not going to raise your profile within your industry or help you sell product and make money. So my tip is always network within the industry you want to do business. Attend events within your industry and talk to as many people as you can. My first toy event was the Inventors Workshop, where inventors could pitch to the top toy companies. The timing was perfect as I was in the early stages of product development. I received great feedback and advice that resulted in me developing my single product into a range, and I launched at my second toy event, Toy Fair, four months later. (6) Failing to understand your industry Another big mistake startups can make is failing to understand their industry. Read the trade press ? mine is ToyNews and they have been so supportive. Attend and exhibit at trade fairs. Pick as many brains as possible. It never fails to amaze me how generous people can be with their valuable time. Understand how the industry is made up and who your target market is within it. It?s unlikely that you?ll have a product that appeals to the whole industry so it?s about identifying the niche where you fit best and focusing your time and effort there.

On the next page, read on as I cover IP, personal attacks and ensuring you get the best of British.