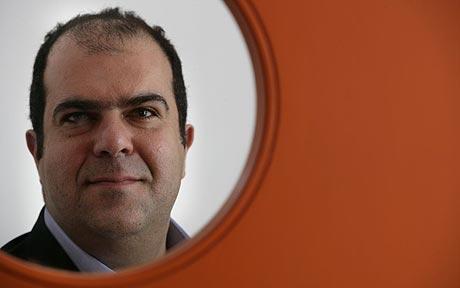 Sir Stelios Haji-Ioannou has paid £400,000 to settle with law firm Bird & Bird over an unpaid bill they claim that he owed them.

Bird & Bird, which represented him in his brand dispute with easyJet, took Stelios to court claiming that he’d left them £400,000 short. While Stelios did not dispute that Bird & Bird has issued him with the £2.3m bill, he opposed the amount of the “humongous” bill, which included £90,000 worth of photocopying. As well as the phenomenal £90,000 photocopying bill, Stelios complaiend of “a vast number of hours” billed by junior employees. Describing Bird & Bird partner Jane Mutimear as a “photocopying queen”, Stelios said he would “seek permission to appeal from a higher court”, after Master Eastman denied him leave to appeal to his court. “I am extremely disappointed to learn that the master has deprived eGIP [easyGroup IP] of its right to have these outrageous costs properly scrutinised by an experienced costs judge who could adjudicate on their fairness,” Sir Stelios said. “A charge of £90,000 for photocopying is simply ludicrous, and this is just a small example.” The good news for Stelios is with Bird & Bird having successfully won his brand dispute against easyJet, Stelios is in line for royalties of £10m a year from easyJet. The combative entrepreneur is not just being sued by Bird & Bird – as the Telegraph points out, in past months he has faced a raft of litigation, including from consultant Amir Eilon, who is seeking £53,375; from former easyCar boss Bill Jones, who is seeking £70,000; while Nick Manoudakis, a former easyGroup FD, is claiming £78,000 – all claims that Stelios is fighting.