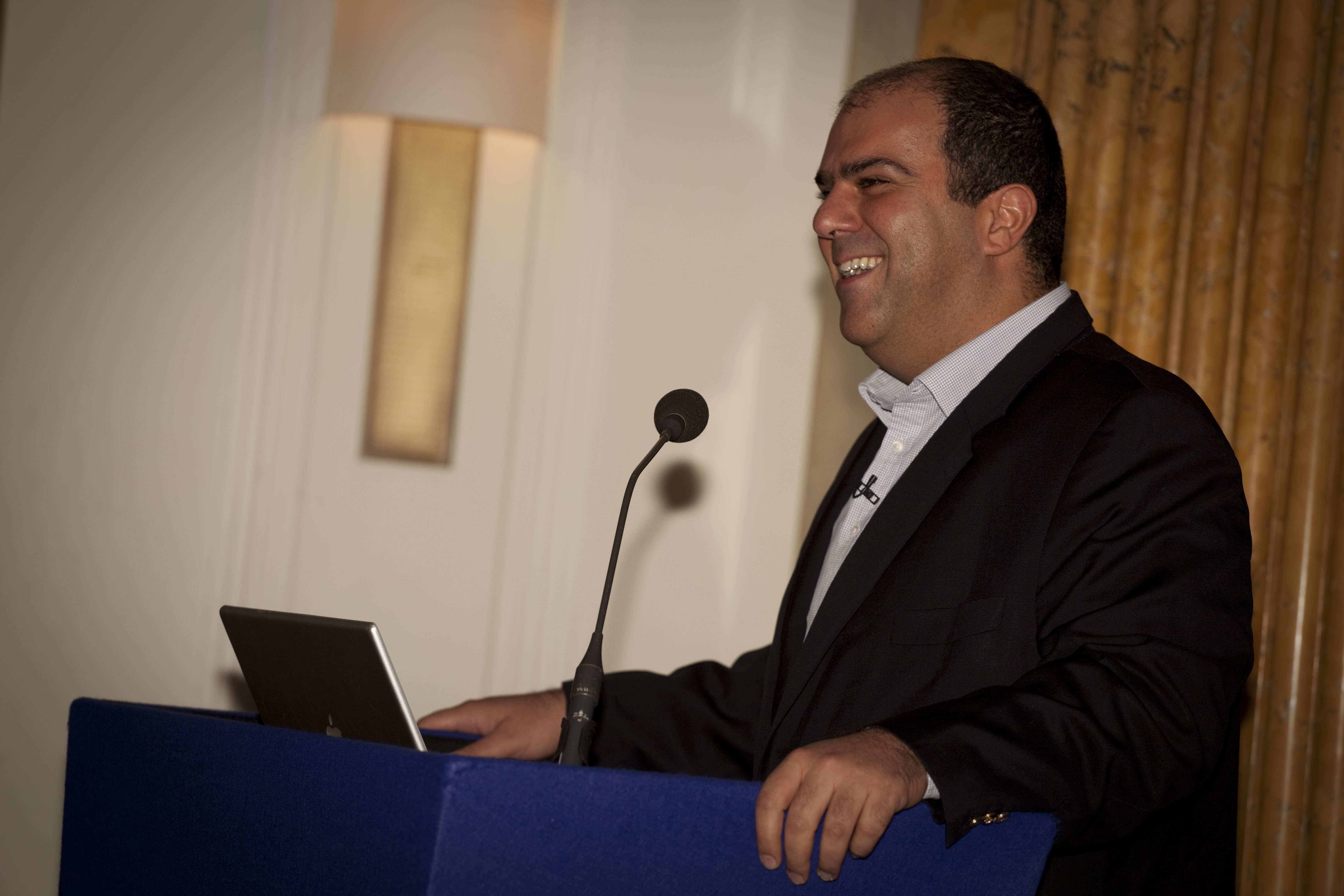 “When you’re successful, you start to feel guilty, and you want to give back,” Stelios told us. “This is why I now spend a significant minority of my time trying to give back. It’s something that I’m passionate about.”

Last night was a perfect demonstration of Stelios’s generosity. Despite the disruption caused by the ash cloud – which, incidentally, has cost his airline over £40m – Stelios made time to speak at an event held by Education Africa, a charity that helps disadvantaged South African children get into education, and HSBC Private Bank, whose deputy chairman, Lord Robin Janvrin, hosted the event in the bank’s superb Grand Room on St James’s. He said: “I like this type of event as it focuses on something that I’m passionate about – entrepreneurship and how to give back.”  From the outset, he emphasised that there isn’t a right or a wrong way for entrepreneurs to give back. “Some people like to do it quietly, while others like writing a big cheque in front of the cameras. There’s no right or wrong way. I like to get involved and get to know the beneficiaries of my actions, as that way you can create an exponential effect.” The exponential effect is something Stelios mentions several times during his speech and our interview. He defines it as making as big an impact as you can. For example, by giving to other entrepreneurs, he says your money can go further. “Think how much impact a business can have on the world!” He isn’t just paying lip-service, either. In his native Cyprus, Stelios doesn’t just give to any old entrepreneur – his annual award goes to a joint venture between Greek and Turkish Cypriots, to encourage the two communities to work together. In the UK, Stelios awards £50,000 to a disabled entrepreneur who has recently started a business, and in Greece, he holds an annual award for a young entrepreneur. He also sponsors ten scholarships a year at his alma maters, the London School of Economics and Cass Business School. But giving back isn’t always easy, he admits. He often struggles with where he can make the most impact. “Do you try to give to the neediest person far away, or do you give closer to home? Do you give to the neediest or the brightest? It’s up to you.” Although Stelios has traditionally kept to giving closer to home, last night celebrated his involvement with Education Africa. He announced that in association with the charity, he will offer a university scholarship at the London School of Economics for one South African scholar a year. “I want to get closer to Education Africa. I’m glad they’ve invited me, and hopefully we can inspire other entrepreneurs to do something similar to what I do,” he concluded. Stelios will address our Entrepreneurs’ Summit on May 12, discussing how entrepreneurship can change lives, and launch the 2010 Stelios Award for Disabled Entrepreneurs. Don’t forget to book your tickets!   Photo credit: Raccoon Event Photography