Stephen Less is the founder of Secrets. In an interview with Real Business, he gave a racy insider’s account of the table-dancing industry:

Table-dancing hit England in the mid-nineties. There were only two clubs operating in London – Stringfellows and For Your Eyes Only – and both were doing very well. I’d been involved in the leisure industry for 30 years, creating and running bars, nightclubs and restaurants, so I saw table-dancing as a real commercial opportunity. Yes, there’s a stigma attached to it for some people but, come on, it’s perfectly legal – old-fashioned pubs have been hiring strippers for donkey’s years, and that’s always their busiest night. We decided to take the idea and make it fashionable, female-friendly and safe.

The first milestone was finding our venue – and it happened quite by chance. I’d been running a gentlemen’s club called The Gaslight for 18 years and had sold it for around £250,000. One afternoon, I was walking down Duke of York Street in St James’s, and noticed a pile of post outside my old club. On top of the pile was a letter addressed to me, so I picked it up and opened it. It was from a firm of accountants telling me they had a client with a chain of pubs who was looking for a chairman – and my name had been suggested.

We set up a meeting. I liked the owner but I didn’t want to get involved in another pub venture. However, he did mention that he had a gay disco in Hammersmith called The Royal Oak, which was up for sale. It was really run down, with condoms and needles in the alleyway – but the location was spot-on. I said I’d buy it, subject to me getting a table-dancing licence. Hammersmith Council approved it. In fact, their environmental health officer joined Secrets five years later and she still works for us today.

We opened that first table-dancing club in Hammersmith in 1997, after spending four months renovating the building. Since then, we’ve opened another five table-dancing clubs in Swiss Cottage, Holborn, Euston, Tower Bridge and Covent Garden. And I’ve put down an offer on another premises in the West End.

In terms of selecting a venue, you have to consider your target audience. Our clubs are aimed, predominantly, at businessmen aged between 30 and 60. While the recession hasn’t had an impact on the actual number of people coming through our doors, we have seen a drop in the “big spenders”. Before we’d see City Boys coming in and spending £5,000-£10,000 a night. Not any more. Now we’re aiming all our advertising and promotions at the “bread-and-butter” middle market. About 70 per cent of our customers are regulars.

You also need to consider accessibility. A smart businessman is unlikely to want to get on the train, so car parking is crucial. If there are double-yellow lines surrounding the venue, forget it.

When you first start running a restaurant, bar or nightclub, you do everything yourself – from the music to clearing the ashtrays. If you make that transition from single operator to multiple operator, you have to go from running the premises to running the people that run the premises – so everything rests on your choice of management. I pay my managers a very basic minimum wage but then they get a share of the tips and, importantly, a percentage of the gross turnover of that particular club. Across the six venues, we have about 100 employees and 5,000 dancers on our books – we call on about 1,000 dancers a week. The turnover of Secrets is approximately £12m and the business is valued at £20m.

I like to keep everything within the M25. I don’t want to spend half my life in a car or hotel. I did fly over to Florida recently to look at some of the nightclubs there, to see if there was anything to be learned. I thought I’d come back with some really great ideas – but I came back with nothing. I was surprised by how backward things are out there. In fact, if anything, the Americans could learn from us.

The only time I was close to expanding internationally was around nine years ago. Richard Branson wanted to come in as a partner. If it had worked out, I think Secrets would have gone global.

Branson is a regular customer at our Hammersmith club. We got chatting one day and he told me he’d like to buy in. He thought it was the “best club in London” – and that’s quoting his words – but his people wouldn’t let him do it, they thought it would affect his image. I remember we were both in the gents’ toilets together doing a pee and he said: “One of these days I’m going to say ‘f**k it, let’s do this’.”

The day after 9/11, my secretary came into the kitchen where I was having my lunch, and told me that Branson wanted an urgent meeting. Putting two and two together, I reckon he thought his airline was going to go up the Swannee and that he was going to use that as an excuse to his people to get involved with me.

But his airline recovered – people stopped using the big carriers and the likes of Virgin Atlantic benefited, which was why the deal with me never happened.

It’s not something I dwell on. Right now, I’m too busy running my business and lobbying government against the change in licensing legislation for the table-dancing industry. Gordon Brown gave the local authorities total carte blanche to take away our licences as of April this year – without giving club owners the right to appeal. That cannot be fair. It will have a devastating effect on the industry and contribute to the unemployment rate in this country. I’ve had meetings with the House of Lords, the House of Commons and the Home Office. I’ve already spent a fortune on lawyers – but I’ll continue to fight for change.

To read the full interview with Stephen Less – and find out why he’s gone from table-dancing clubs to IT recruitment – read the October issue of Real Business magazine. Susbcribe here. 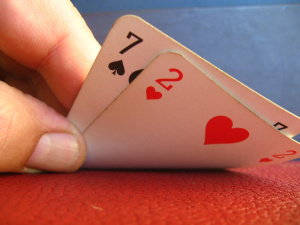 How do you deal with a blagger? 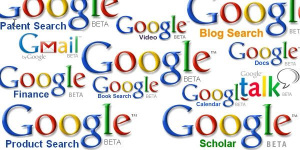