To celebrate the life of Apple’s former CEO, here are the ten best Steve Jobs quotes:

“Your work is going to fill a large part of your life, and the only way to be truly satisfied is to do what you believe is great work. And the only way to do great work is to love what you do. If you haven’t found it yet, keep looking. Don’t settle. As with all matters of the heart, you’ll know when you find it. And, like any great relationship, it just gets better and better as the years roll on. So keep looking until you find it. Don’t settle.” – Steve Jobs, Stanford, June 2005.

“Innovation has nothing to do with how many R&D dollars you have. When Apple came up with the Mac, IBM was spending at least 100 times more on R&D. It’s not about money. It’s about the people you have, how you’re led, and how much you get it.” – Steve Jobs in Fortune, Nov. 9, 1998.

“Look at the design of a lot of consumer products — they’re really complicated surfaces. We tried to make something much more holistic and simple. When you first start off trying to solve a problem, the first solutions you come up with are very complex, and most people stop there. But if you keep going, and live with the problem and peel more layers of the onion off, you can often times arrive at some very elegant and simple solutions. Most people just don’t put in the time or energy to get there. We believe that customers are smart, and want objects which are well thought through.” – Steve Jobs in an MSNBC and Newsweek interview, Oct. 14, 2006.

“I’m the only person I know that’s lost a quarter of a billion dollars in one year… It’s very character-building.” – Steve Jobs in Apple Confidential 2.0.

… on being fired from Apple:

“I didn’t see it then, but it turned out that getting fired from Apple was the best thing that could have ever happened to me. The heaviness of being successful was replaced by the lightness of being a beginner again, less sure about everything. It freed me to enter one of the most creative periods of my life.” – Steve Jobs in his Stanford University commencement address, June 12, 2005.

“The system is that there is no system. That doesn’t mean we don’t have process. Apple is a very disciplined company, and we have great processes. But that’s not what it’s about. Process makes you more efficient.

“But innovation comes from people meeting up in the hallways or calling each other at 10:30 at night with a new idea, or because they realized something that shoots holes in how we’ve been thinking about a problem. It’s ad hoc meetings of six people called by someone who thinks he has figured out the coolest new thing ever and who wants to know what other people think of his idea.

“And it comes from saying no to 1,000 things to make sure we don’t get on the wrong track or try to do too much. We’re always thinking about new markets we could enter, but it’s only by saying no that you can concentrate on the things that are really important.” – Steve Jobs in BusinessWeek, Oct. 12, 2004.

Steve Jobs on his relationship with Apple:

“I’ll always stay connected with Apple. I hope that throughout my life I’ll sort of have the thread of my life and the thread of Apple weave in and out of each other, like a tapestry. There may be a few years when I’m not there, but I’ll always come back.” – Steve Jobs in Playboy, Feb. 1, 1985.

And one last thing…

“Being the richest man in the cemetery doesn’t matter to me… Going to bed at night saying we’ve done something wonderful… that’s what matters to me.” – Steve Jobs in The Wall Street Journal, May 25, 1993. 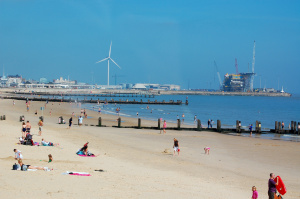 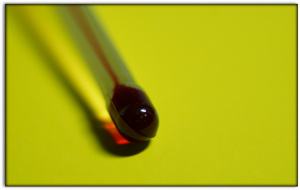 Social media crises: how to minimise the impact