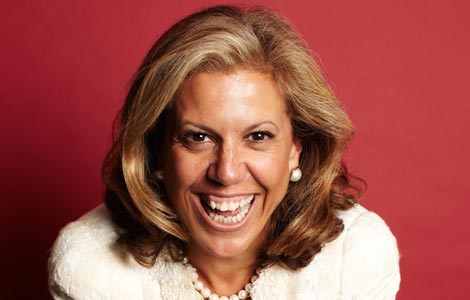 “When Lord Davies first announced that he would be writing a report on how to increase the number of women on the boards of UK listed companies, I thought ‘Quotas? No way.’ But then, a couple of months before Christmas, I was discussing female board-member representation with shareholders and, in all honesty, nobody gave a sh*t. “It made me realise that without quotas, we won’t see any change at all.” Lord Davies has said that FTSE 100 firms should be aiming for a minimum of 25 per cent female board-member representation by 2015 (note: it’s been hovering around the 13 per cent mark for the past three years), and that FTSE 350 companies should be setting their own, challenging targets. Spring isn’t the only who thinks that the government needs to stop dithering around and set legal quotas, rather than just recommended targets. When Diana Brightmore-Armour, CEO of corporate banking at Lloyds Banking Group, asked guests at the FWA launch to raise their hands if they agreed with quotas, 50 per cent of the audience (consisting of around 80 chief executives/founders/managing directors – predominantly female) shot their hands in the air. Eye-opening stuff. As City “superwoman” Nicola Horlick has said: “Sometimes you have to create rules initially in order to give certain sections of society a chance.” The First Women Awards will be held on June 30, 2011. Click here for nominations and bookings.