When Alana Spencer beat off competition from Courtney Wood to win an investment of £250,000 from Alan Sugar in December 2016 she had little idea how much the concept of her business would change in half a year.

Spencer had been a life-long fan of The Apprentice, unsuccessfully applying to go on the junior version when she was 17 before securing a place on the 12th outing of the senior version.

“I’d got to the point where I was grasping hard and making a profit from a small business but needed someone to guide me in the right direction and take it to the next level,” she explained.

For anyone who watched Spencer on TV, she came across as softly spoken and prone to becoming overwhelmed with tasks that were given to the two teams each week. However, as time went on Spencer grew in confidence and ultimately convinced Sugar that his £250,000 investment was best placed with her.

“People tend to patronise me in day-to-day life, and I knew that. But going on the show made me realise I don’t have to let people walk all over me – it toughened me up,” she revealed.

Spencer believes the show comes across as a fair representation of what it’s like as a contestant, right the way down to the 5am wake up calls which give the “apprentices” a mere 20 minutes to get showered, dressed and mic’d up for the day’s recording.

“The camera crew had to be up an hour before us and go back home an hour after. You really are all living together and it turns us into grumpy, stroppy people – which makes for good TV,” she added.

Since banking the quarter of a million pound investment, Spencer has spent a big chunk on having an “all singing and all dancing” website created for Ridiculously Rich by Alana, courtesy of Designer Websites – featuring a “very clever” back end. Part of the reason for needing this robust website was the pivot her business took soon after sitting down with Sugar and his team after the final cut was called and everyone went home.

“My business plan on the show was very different to what we ran with in the end. Sitting down with Lord Sugar after saw us come up with the clever ambassador model we have now.

“My original plan was through wholesalers and distribution, but Lord Sugar suggested opting for a team of ambassadors throughout the country. He and Claude (Littner) came up with the new idea, and without that business gem the company wouldn’t be where it is now.”

Ambassadors now have their one page for ordering, booking events and looking after the wholesale side of things – serving as a hub for her “friendly franchisees”.

The young entrepreneur has just finished recruiting her first 20 ambassadors who will now do everything she was doing before, including selling at food festivals, farmers markets and into delis. Describing it as a kind of “friendly franchise” model, it will allow her brand to remain but be marketed far and wide.

It was approaching the interview process that Spencer, who revealed to Real Business that she still has to call the well-known business builder Lord Sugar, secured a very useful piece of advice from her new backer.

Having told Sugar that she planned to interview 60 people in one day, he told her she was “having a laugh”. Being so submerged in the frenetic running of her business, and having only ever conducted one job interview before, Spencer hadn’t thought about the ramifications of holding 60 worthwhile interviews in one day.

“I speak to Lord Sugar’s team once or twice a day, and with him about once a week. We have board meetings once a month, but if I drop him an email I normally get a reply in a few minutes – even when he’s in Florida!”

Spencer also has the benefit of contact with the four previous £250,000 investment winners. While the first seven winners of The Apprentice were offered a job worth £100,000 a year, of which none of them are still in, since 2011 it has been about backing a business idea.

“The other winners are really helpful,” Spencer said. “I spoke to Ricky [Martin] 2012 apprentice winner when doing the interviews to find out what is best as he’s in recruitment. That was really daunting as I’d only interviewed one person before.

“Mark [Wright] was involved in helping make my recruitment video, and did an incredible job. He’s just opened a section of his business which is all about view and media. I’ve not yet been to Leah [Totten’s] clinic, but I met her and she is the nicest person.”

Her advice for succeeding in the food industry comes down to focusing on product and brand. Before going on The Apprentice she admitted to having a strong product but not a strong brand. Now, Spencer believes, she has both.

“Seek advice from professionals if it’s not your expertise. Also, get opinion on your product and then listen to the feedback. If it’s bad then change up your offering. I started out as a chocolatier, but had to adapt.”

The best bit of advice Spencer has had is that if you don’t know where you’re trying to get to you won’t get there. “If you only want a brand to produce a nice living, that’s a goal. If you’re trying to get into every supermarket then that is another, and quite different,” she explained.

Her final thought, one which she learnt when on The Apprentice 2017, was to not take yourself too seriously. Lots, she added, go on the show and think they’ve won it already, putting lots of pressure on themselves. “I put lots of pressure on myself and took things to heart. When I stopped caring so much I got better.” 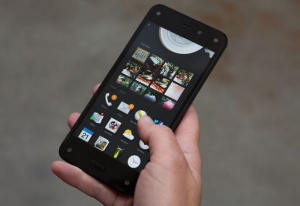 Experimenting, failing fast and moving on has worked wonders for me 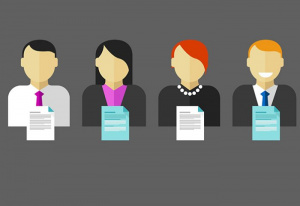