Storytelling is about more than talking at people; it’s about cultivating a community that becomes invested in the higher message of a brand. By developing a better understanding of storytelling, you will be able to start implementing a more effective business strategy.

When we look at a company we often analyse numbers and statistics, filing over quarterly reports to arrive at some objective and informed conclusion as to how one can best expand business and increase profitability.

Surprisingly, the art of storytelling is often overlooked. Yet, some of our most adept modern business leaders are, at their very core, exceptional storytellers. Steve Jobs and Richard Branson are a case in point, and have used the creative power imbued in storytelling to set their products and services apart from their competitors.

In the weekly Ph.Creative podcast series, “Getting Goosebumps,” we’ve been lucky enough to speak to some incredible business and marketing professionals, along with award-winning screenwriters and expert story coaches. Our guests come from all walks of life, but are unified by a common passion for storytelling.

One of our audience’s favourite guests is Charity: Water CEO Scott Harrison, the man behind the non-profit organisation that brings safe drinking water to millions of people around the world. Scott and I discussed how authentic storytelling can help businesses achieve their goals.

When Harrison decided to leave behind his high-flying NYC lifestyle in favour of a two-year trek through poverty stricken West Africa, he brought with him one item that would prove pivotal to the success of his story: a camera. Stocked with tens of thousands of images, Harrison, upon returning to NYC, was able to use these visual elements as a launching pad for his business.

With a clear vision, he used the medium of storytelling to shed light on the lives of thousands of marginalised individuals and communities, telling their stories first-hand.

Harrison reminisced: “I shared 500 photographs with 15,000 people – so it wasn’t a kind of dry narrative – they were aggressive pictures. Every couple of weeks I would be blasting [them] with a story of villages without clean water, or a story of someone who’d arrived on a ship blind and after cataract surgery was able to see.

“I think it’s important that you know my whole journey has been very visual. I’m someone that understands and feels when I see things.”

Storytelling allowed Harrison to change the public’s perception of giving to charity, steering his audience’s thoughts away from traditional charity advertising. He began invoking emotion and rationality with honesty and authenticity. As Harrison emphasises: “We see the world through stories, so it’s not going to be numbing statistics that move people towards compassion and generosity.”

It’s telling that stories driven by a compelling philosophical and emotional argument are likely to draw acclaim. For Harrison, success hinged on the ability to tell a simple, effective and emotionally engaging story – and it could be integral to taking your brand to the next level too.

“The vision was to reinvent charity, [but] the biggest problem was the story around money. People would say charities are black holes… if I give one hundred bucks maybe only $10 actually makes it there. From day one we’ve used 100 per cent of all public donations to directly fund these water projects,” he said.

It’s this facet of Charity Water’s story that Harrison pinpointed as pivotal to their success. Whether your company has 5,000 people or five, identifying the stories behind what you do creates a common message and provides a call to action.

Humans are social creatures by nature, but the advent of social media in the last ten to 15 years has blessed us with an unparalleled opportunity to share and relate to others.

We’re all now familiar with the term “viral.” It’s important to remember that social media is about an exchange of interactions among people, not one authority telling everyone else what to think. This concept returns to a seminal function of storytelling: using the craft as a bridge to invite people to become part of your journey.

Harrison agreed that social media allowed him to develop Charity Water’s story into one shared by millions across the globe.

“We love social because it allows us to tell our stories in a visual way. It’s a combination of curiosity and looking for stories that really speak to, not our values, but our partner’s values. It’s thanks to the generosity of a million people around the world who have made this their story and have done something about it.” 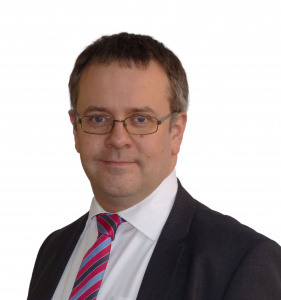 Is your company prepared for business law? 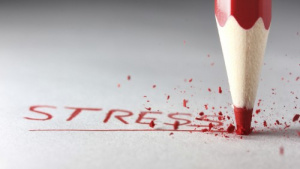 Workplace stress: How to help your employees