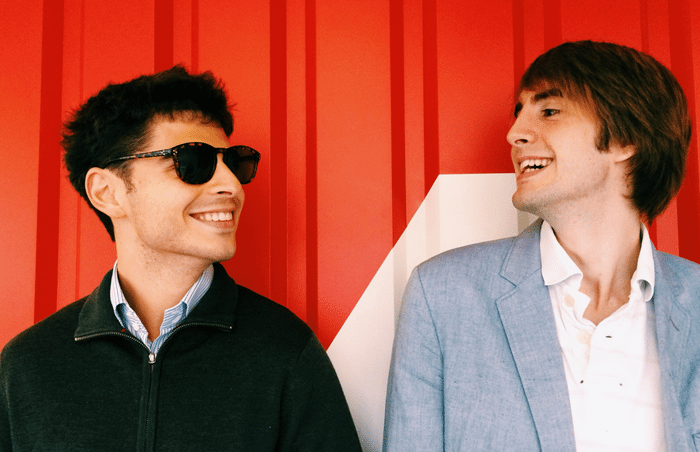 Share via
While Emmanuel Nataf and Ricardo Fayet may have started a business together, they couldn’t be more different in terms of hobbies. Here’s a hint: the former is a street photographer, while the latter makes cocktails. Real Business is trying?to?find the most unique hobbies of entrepreneurs ? and relay them in a series of articles. A music artist that delved into the technology space has already been featured, with a British surfing champion in the pipeline. One of our most intriguing finds though was an entrepreneurial duo who both had a unique hobby of their own. Emmanuel Nataf and Ricardo Fayet are the co-founders of?Reedsy, which?aims to make the process of publishing a book simple by connecting authors?with industry professionals. Like most companies nowadays, it was borne out of disappointment for something ? in this case?the creation of platforms such as Kobo allowed poor-quality content to be published. Nataf explained: ?It was frustrating that a lot of great?professionals were available to help authors bring their work to the next level. In fact, the best book editors, designers or marketers are?working as freelancers. The main issue is?finding them, so we wanted to bring transparency to a huge market and create the world?s best community of publishing professionals to work with authors.? It’s undoubtedly?an innovative platform, but we wanted to find out more about the co-founders themselves ? namely their unique interests. Nataf, for example, is a?street photographer?who?told Real Business that he not only?displays numerous pieces, but also sells his work. And?it seems his love of taking images runs in the family. ?My dad is a photographer and I grew up watching him edit pictures every night on his computer. It?was only at the age of 20, and after seeing millions of images, that I started taking pictures myself. ?Now, being a street photographer is an opportunity for me to explore cities and meet people. But the real satisfaction only happens once the picture has been retouched and is slowly coming out of the printer. It’s also an incredibly demanding hobby ? creating pretty pictures just isn?t enough: a great picture should touch your heart.? Not to be outdone in the unusual hobbies department, Fayet is a cocktail-maker who loves creating bespoke menus for parties. While he claimed it hasn’t taken him on a journey to uncover business skills,?it has allowed him to develop?a?knack for knowing what people like. He added: ?It makes a lot of people come to the?flat. I make cocktails every weekend now. ?I always had a passion for good and original cocktails though. When I arrived in London, I quickly figured out that I had two possibilities: go bankrupt buying them, or learn how to make them. As you can imagine, I opted for the second option, and I’ve been organising cocktail parties ever since. People seem to really enjoy them, and I’ve only broken two glasses so far with my acrobatics!” What Nataf and Fayet serve to highlight is that we all have hobbies ??Bill Gates?is obsessed?with finding rare books and?Mark Zuckerberg kills and eats his own food ??and they are an essential component of a working person?s down time. Both acknowledged it does wonders for productivity, and in a world where the UK is nicknamed Burnout Britain, it’s important to?get out of the office and have some fun ? even if it’s in an unconventional way. Check out our other hobbies-focused features: By Shan? Schutte