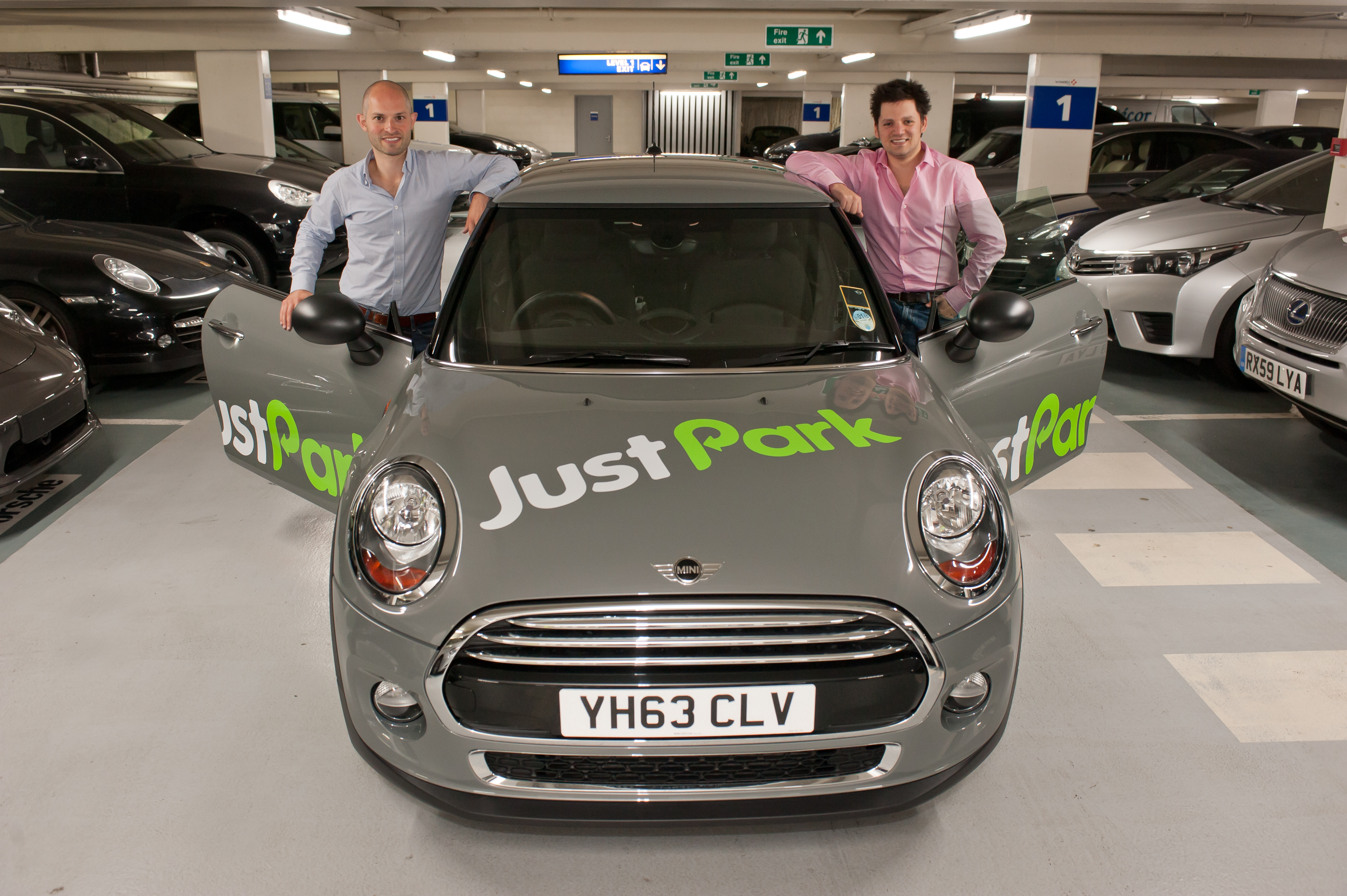 Share via
In plain and simple terms, JustPark wants to become the de facto software application when it comes to finding a parking space on the move. Set up in 2006 by Anthony Eskinazi under its previous name Parkatmyhouse, JustPark is well on its way to fulfilling that end goal. Its service provides a way for users to access a datebase of available parking spaces nearby and on the move. Booking can then be done through a mobile app,?bringing together a variety of parking spaces such as churches and hotels. One church in London?s Islington has raised over ?180,000 to date. The last year has seen the business grow from a team of five to 27, expand the number of hotels and car parks it working with to 250 and launch a new iOS app for Apple products. Topping all of that off is revenue growth of 152 per cent for December 2014 verses January 2014. When asked what the main goals of the period between raising an undisclosed funding round from Index Ventures and partnering with BMW, Eskinazi said it has all been about creating a team that are able to scale the company. ?It sounds dull, but it?s about making sure we have the right people in the right positions. We?ve hired the former senior product director at Hotels.com, who has a computer science degree from MIT and has worked in Silicon Valley,? he explained. ?We also released an iPhone app, which went live a few weeks ago, and have been building up a mobile team across iOS and Android ? we?ve actually got 20 openings at the moment.?

The relationship with BMW dates back to 2011 when its corporate venturing arm, BMW i Ventures, made an investment into the then Parkatmyhouse. Eskinazi had returned to the UK from the US with the idea after being perplexed at how hard it had been to park near a sporting venue despite all of the free driveway slots nearby. Having been charged with growth capital in the summer of 2014, JustPark now claims to have saved UK drivers some ?8.5m in parking costs and pulled in booking revenue of ?3.7m in the last year. So, why does it need more funding and why look to the crowd? ?We loved the idea that we could open up a mini IPO to customers, and say would you like to share in our success,? Eskinazi told us. ?They can help us spread the word by being people on the ground, telling friends and effectively being a mini team. Rather than giving shares to an institutional fund, this was a way to thank our customers and let them help us.? Read more about JustPark: Not that JustPark will be completely cutting out the institutional funds. It will be running a crowdfunding pitch on Crowdcube, targeting ?1m, in partnership with Index Ventures. The venture capital firm, which counts notonthehighstreet and Songkick as current investments, will convert a loan of ?500,000 to shares at the same price as the crowd when the campaign is completed. ?They were excited, as it has never been done before,? Eskinazi said about Index?s involvement. ?They think of themselves as leaders in the venture capital space and the idea of doing a joint crowdfunding and VC deal was exciting.? The convertible loan was put in place to give JustPark the cash flow requirements needed, ahead of what will be a legal deal structure requiring some time.

Unlike every other company to have raised money through equity crowdfunding platform Crowdcube, JustPark will not have hundreds or thousands of individual investors. Instead, a nominee company will be created. ?The work involved and complexity of having so many individual shareholders on the cap table sounds like a nightmare,? Eskinazi revealed. Once the ?1m deal is closed, JustPark will spend the funds on building out its community of users and developing new technology. New investors in the business will be invited to annual gatherings known as ?ParkFests?, which will involve progress reports and after parties. ?We have a campaign arranged with Crowdcube which will include print, offline advertising and online material ? you?ll see us in tube stations,? he added. ?We are also going out to our own customer base and giving them early access.? As one of the early disruptive companies identified by Real Business as part of our Future 50 initiative, JustPark has come a long way. And as a consumer-facing technology that has already been imbedded in a range of BMW cars, it is tailor-made to convert an active user base into a crowd of investors. By Hunter Ruthven