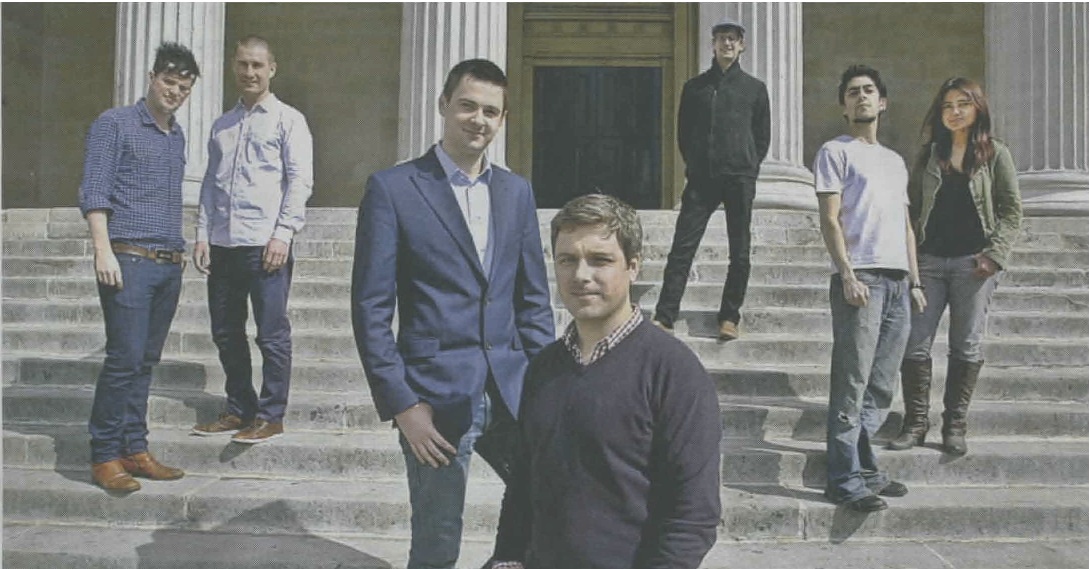 An accelerator programme for student-led businesses has grabbed the country’s attention for playing its part in supporting the UK’s next big entrepreneurs. Run by early-stage investor Matthew Stafford, and undergraduate student Christian Jakenfelds Student Upstarts is not your average accelerator.

The goal of Student Upstarts is to invest in 100 student-run businesses by 2015. The terms of the programme are that up to £15,000 is invested in return for an eight per cent equity stake. Student Upstarts is not FSA regulated and Nick Wheeler, founder of Charles Tyrwhitt shirts and the programme’s main investor, personally makes the investment decisions about businesses selected. Student Upstarts aim to predominantly back technology-led businesses. However, Stafford points out that Wheeler is keen to invest in non-tech businesses, too – Wheeler has said himself that he “just sells shirts after all.” Whilst there are a number of incubators in the UK (Springboard, Seedcamp, to name a few), Student Upstarts differs: applicants must feature at least one member who is either at university, or has completed their higher education within the last year. Additionally, the programme invests in teams at a relatively nascent stage. Stafford told Real Business: “We back teams at idea stages that aren’t incorporated and don’t have anything else set up because we help with all [of] that.” Alongside helping teams incorporate their companies, they are also given access to a group of professional advisers. This includes lawyers, accountants, and support in business functions, such as sales and operations. Stafford originally came up with the idea of launching an incubator for students back in 2005, but became “sidetracked by the city and the corporates working for software companies in financial services.” Subsequent to completing his MBA in 2011 at Imperial College Lonson, he met co-founder Christian Jakenfelds, who “had been working on a similar idea in parallel.” It seemed natural for the two to join forces. Initially, it was Jakenfelds’ intention to bring on board six separate investors to have a good spread of expertise and sector exposure. However, Wheeler was keen to be the sole investor, believing this to be advantageous as it would speed up decision making and execution. Jackenfelds told Real Business that when he was sold on this idea, Wheeler “promised to invest £1.5m over three years.“ Stafford believes that starting up a business whilst in higher education is the ideal time to do so. “Students have far less to lose as they are used to living lean, have less responsibilities, a great network of other students and the time and energy to go for it.” He does not necessarily believe that starting a business and being a full-time student are mutually exclusive activities. Stafford encourages students to give entrepreneurship a go, by “treating it like a project whilst at university and following the lean startup methodology, by failing fast and learning.” Stafford sees significant growth for technological areas in the future. He is tipping toward mobile, but is keen for applicants of Student Upstarts to shake up a number of incumbent sectors: “Mobile and Social are clearly very hot right now, but I hope that we will get some very ambitious teams wanting to solve problems to do with energy, healthcare and agriculture. I really want some bold visions to truly change the world coming from students.” Student Upstarts has led to four companies winning investment so far, greater efficiencies in business processes being a notable trend. Shift Swap, for example, allows employees in companies to reallocate their shifts in an intelligent way. Marizca, another Student Upstarts “alumni”, allows for organic and local seafood to be produced in busy metropolitan areas. Part of the support provided by Student Upstarts is access to relevant mentors who coach teams and offer advice. This is, in part, facilitated by a supper club for entrepreneurs put on by Stafford. He sees one of the main benefits of mentorship that “it is good to take advice from someone who is six to 18 months ahead of you.”  Stafford and Jakenfelds have already matched portfolio companies with mentors who are providing tangible benefits. Shift Swap are currently being mentored by Greg Hodder, managing director and head of Charles Tyrwhitt, with the shirt company looking at implementing Shift Swap across the chain to give their employees more flexibility. Over the coming months, Student Upstarts are looking to see an increase in both the number of teams pitching to them, and invested in. They will be holding open office hours on December 15, during which candidates can pitch to them.  Nick Levine is a freelance writer and chartered accountant. His areas of interest are business, technology and culture.