A new report from HSBC has looked at how leaders in SMEs are feeling up and down the country. They find, largely, business leaders are feeling increasingly positive about growth in the future.

They found a belief across business sizes that revenue has increased thanks to the improving economy – by £30,000 for very small businesses (5-9 employees) and £440,000 for medium-sized firms. It found 66 per cent of business leaders were ‘confident’ in the current economy, up from 42 per cent in 2013.

In fact, SME leaders in all industries expressed some faith in the economy. Predictably, those in the technology sector were most confident, followed by energy (74 per cent) and services (66 per cent). The lowest was agribusiness, at 59 per cent.

They found 49 percent said that competition had increased as a product of the economy’s improvement; and a similar number said this made them fear falling behind.

Amanda Murphy, head of business banking at HSBC, said of the study: “There is still a sizeable minority of businesses that are cautious about the recovery, and reluctant to make significant investments now. These firms risk falling behind their more ambitious peers.” 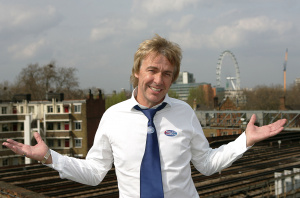 Should you consider raising funds through convertibles?