Two main pricing models – subscription-based and single price or perpetual licensing – suit any product, physical or abstract. Subscription services might be more suited to expensive items and services, but there are no rules as to how they can be used: for instance, buying kitchen towel in a supermarket is obviously single price, and subscribing to fortnightly deliveries of kitchen towels on Amazon is a subscription.

However, just because there are no rules doesn’t mean both options work for every product or company.

One of the greater advantages of subscription-based models is that the pricing is often less intimidating and so more inviting for a customer. For instance in the automobile industry payments are taken in affordable chunks.

Subscription pricing models allow companies like Netflix to offer an impressive product – hundreds of TV series and movies – for a relatively low £5.99/month, less than most DVDs.

Furthermore: it offers customers the chance to ‘dip their toe’ in. Netflix’s £5.99 subscription is an affordable offer for customers to test how much they want unlimited film/TV. Had Netflix opted for a one-off or more annual license, e.g. £72/year, it would discourage fence-sitters.

On Netflix, consumers have discovered ‘binge-watching’- watching a series in its entirety in one sitting. It is entirely likely that without a cheap, monthly subscription model consumers would never have discovered the advantages of TV series on tap, and the service wouldn’t be as popular as it is now.

Subscription models also allow companies to introduce, modulate and remove product features easier than with single-price. This is especially true for software companies. Subscription models create an ongoing relationship between company and consumer. This encourages brand loyalty, but also means that when the product is distributed, be that a physical export or a software update, it can be done without consumer/product disruption.

This isn’t always true: there have been plenty of cases when consumers have bitten back after a product was been changed or updated. Two simple observations of this fact are: companies need to change in order in innovate, and many customers fear change.

In his analysis of his own journey with Instagrate Pro, Ian Poulson says the advantage of a subscription model for his digital product was that  a single price meant he couldn’t charge for the inevitable support he had to give customers.

He ended up in a race with his own business: building a consumer base as quick as possible, to pay for the support demands of an expanding user base! They switched to an annual license, and it has worked better for them.

Chief among the advantages of simple pricing is, well, simplicity.

Knowing a product or service will be owned without further transaction after purchase is comforting. Secondly: it avoids any tiered payment plans, which is often done in subscription modelling. For example, a magazine might have £12 for 12 issues at £1 per issue, and £20 for 24, at 83p/issue. This creates additional complexity and may confuse and disenfranchise a potential customer.

Plus: subscription models are also often simply unsuitable. Think of paying for £1.20 for a loaf of bread in several payments (as an extreme example), or at a café: being asked to pay for your lunch in 4 instalments. It adds complexity and unnecessary work – even if no further legwork is required by the consumer.

Additionally, single-pricing avoids the mediation required if one payment down the line in a subscription fails. In a single price model, either the customers pays or they don’t.

If in the case that a subscription has to be used, it should be laid out clearly and in brief to avoid misunderstanding and confusion.

One of the most important things for a company in considering its pricing models is whether that model works for the product. Other important points are that it suits the demands of the consumer and their ability to afford it at the time of purchase or subscription. Taking these things into account, the right answer should become clearer.

Ultimately, the pricing model is about distribution: the way a company reaches the customers it wants. The faster and easier (for mind and wallet) this is for them, the more successful they’ll make that connection. 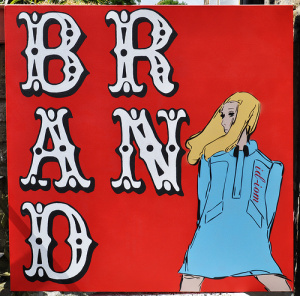 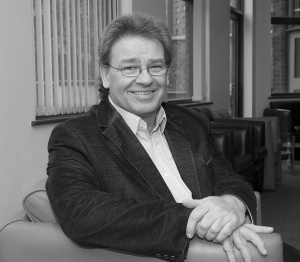 Startup survival rates are best outside of big cities