Wandera, a mobile data optimisation service, has released research which shows that businesses are picking up a worrying percentage of the data roaming tab.

They found employees use twice as much roaming data in the summer than during any other time of the year – data now accounts for 50% of total overseas phone costs, and is likely to only grow.

Businesses are increasingly adopting smartphones as work issue phones for employees – but this means when staff use corporate devices on holiday or overseas for work it can create huge bills for companies, and even present a security risk.

‘Bill shock’ has become a term to describe someone who finds a large data fee awaiting them when they get home; unaware of hidden costs for their device abroad. Wander’s study estimated these at £40 up to £1,500 – with an average of £650. Companies need to clear with employees about roaming policies to avoid this in the future.

Eldar Tuvey, CEO of Wandera said: “It’s important for businesses to educate employees and have a clear policy for data roaming and acceptable use when travelling abroad.”

He continued: “I would always advise anyone traveling with their phone to use Wi-Fi wherever possible as long as it’s secure, and if you have to use data, check costs with your network, and minimise usage of data heavy apps like video streaming.” 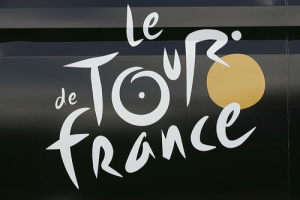