These are some of the best books I’ve read this year on business, social and technological change. They all have an interesting perspective on the way we live and work now and I’ve found them all to be a worthwhile read.

Here are my top book choices:

The fact that people in wealthy societies are living longer has obvious implications for healthcare and social care.

This fascinating book argues that attitudes to education and career path will have to change too, when we routinely live to 100, working for much longer and retraining several times over the course of a lifetime. So will the way we save and spend – a process that we can already see in pensions and which will inevitably impact employers.

The 100-Year Life includes some practical ideas about how people can adapt their lifestyles, and is a must-read for all HR and pension professionals.

(2) The Pinch: How the Baby Boomers Took Their Children’s Future and Why They Should Give it Back by David Willetts (Atlantic Books 2011)

In the last election, prime minister Theresa May made much of “Intergenerational fairness” when arguing, unsuccessfully, for the so-called “dementia tax”.

Perhaps she’d read this book by former Conservative minister for Universities and Science David Willetts, which highlights how the baby boomers have accumulated wealth at the expense of their children, who are now paying higher tax, and working longer with a lower quality of life.

Is the older generation willing to change things in order for wealth to be distributed more evenly? And if so, what can practically be done?

The Pinch complements The 100-Year Life in addressing large societal issues which are shaping the current social and economic landscape and, despite being published six years ago, remains as relevant as ever.

(3) The Hard Thing About Hard Things: Building a Business When There Are No Easy Answers by Ben Horowitz (Harper Collins 2014)

There are plenty of business books telling entrepreneurs how to build successful companies. But what happens when everything goes wrong?

This is a very, very honest account of what it’s like to lead a technology start-up, written in a gripping style (for a business book…). Ben Horowitz, who is now one of Silicon Valley’s prominent venture capitalists, clearly signposts the lessons he learned as founder of LoudCloud, a cloud computing firm which worked through successive disasters in the early 2000s.

Anyone who wants to start or run a business should read this warts-and-all book.

Another rocky business ride – this time not from the perspective of a start up, but of turning around a business giant.

In the early 1990s, Gerstner inherited an “elephant” of a company. IBM had a conservative, slow-moving corporate culture, focused on processes rather than customers, and was failing fast, overtaken by far more agile competitors. This is his account of how he resurrected the company, changing its strategy and culture and completely restructuring it.

Another must-read for business leaders and future entrepreneurs, who need to understand the complexities of managing a business.

Why do some innovations succeed wildly, and other ideas which are just as great flop when they come to market – or take years to be widely adopted?

I first read this book when it had just come out after the technology bubble had burst, and thought it provided real value in helping to understand managing innovation. I have recently re-read the book and feel it is just as relevant despite the significant changes in markets over the last decade. 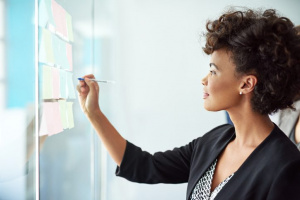 What Game of Thrones can teach us about business finance