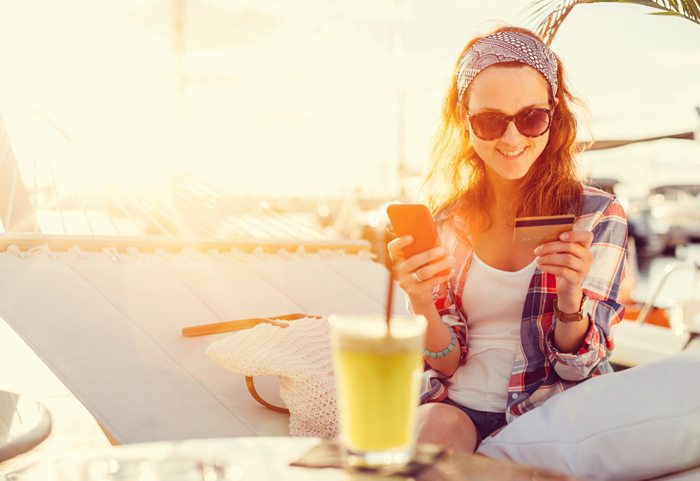 Share via
Bad weather and continued economy uncertainty has hit summer sales, with new figures suggesting discounts are propping up retailers. An 11 per cent increase in site visitors making a purchase on online in July has been recorded, with the overall conversion rate reaching 5.8 per cent – a 21 per cent increase on the same time last year. Despite the uplift, the figure represents the lowest July growth rate for the index in three years. The growth rate for online sales during 20167 is 12 per cent. The figures were produced as part of the IMRG Capgemini e-Retail Sales Index, which also reported that the clothing and home garden sectors, in particular, saw jumps in conversion rates of 43 per cent and 83 per cent respectively. The online conversion rate was not matched by a similar boost in online sales revenue growth, which suggested heavy discounting throughout July. IMRG’s report took into account that the summer sales period was underway and retailers may have been under added pressure from Amazon Prime Day. In addition, June saw a drop in activity that could be attributed to consumer awareness about upcoming sales. Justin Opie, managing director, IMRG said: “Conversion rates being up sounds positive, but the fact that it didn’t deliver a similar boost to sales revenue growth suggests discounting was probably a factor in driving more visitors to complete a purchase. “Prime Day is an established event in the calendar now and it may be exerting an impact judging by this month’s results, although other factors – such as rising inflation and consumer confidence – may also be at play.” B&Q and Homebase recently released sales figures and attributed below average numbers to bad weather. Bhavesh Unadkat, principal consultant in retail customer engagement design, Capgemini said: “We’re seeing the slowdown in purchasing continue across July as this trend of low consumer confidence lingers. With the pound almost running level with the euro luxury purchases and ‘nice-to-haves’ are hit hardest.” In 2016, ecommerce was worth £133bn in the UK, which represented a 16 per cent growth of the industry on the year before. Some £25bn was spent online in the run up to Christmas (between 13 November and 24 December).
This article is part of a wider campaign called the Scale-up Hub, a section of Real Business that provides essential advice and inspiration on taking your business to the next level. It’s produced in association with webexpenses and webonboarding, a fast-growing global organisation that provides cloud-based software services that automate expenses management and streamline the employee onboarding process.