Sure, that sounds like a remarkable sales pitch, but it’s hard to disagree. As Business Class experiences go, access to a luxury yacht is right up there, and having toured a vessel, we can only imagine the lifestyle a Sunseeker owner might lead.

Lewis has over 50 years of experience in the marine industry and it was in 1993 that he launched the Sunseeker London Group in response to changing trends in the industry.

In fact, it was the rise of the entrepreneur that made him sit up and take note, he told Real Business.

“The Sunseeker London Group started in 1993. I was already in the marine industry, but I was witnessing the model of a client changing,” said Lewis.

He recalled the increasingly economical flights across Europe making travel easier as an influence, while property ownership internationally was also on the rise as a result.

“At that time, the Sunseeker production company did something clever – they were appealing to the owner-driver. People weren’t using Bentleys or Rolls-Royces with chauffeurs, they were driving themselves,” Lewis continued.

“Recognising the customer change, my knowledge, which had been on other brands, was dealing with Sunseeker, but not them exclusively.

“Meanwhile, other companies wouldn’t recognise why a man would want to drive his own boat when they could stay in the hotel. So, the beginning of Sunseeker for me was to recognise the needs of our clients.”

Popular areas included Spain’s Marbella and Majorca – the latter of which is home to 2,500 Sunseeker boats today. Elsewhere, the South of France was very popular due to its 24/7 entertainment through film festivals, motor shows and sports tournaments for the wealthy to be part of the “jet set”.

Over the years that Sunseeker has operated, the business has grown significantly as the appetite for speedboats evolved into yachts.

“In those days, sales were mainly speedboats. People bought villas and apartments and they’d go off on their boats for the day, then put them away and return to their apartment,” Lewis detailed.

“Now, the factory has been given the tools of the trade and increased the size of boats. Many owners don’t own villas or apartments today, they stay on their 60ft, 70ft, 80ft boat and travel to new places – Montenegro, Croatia, Venice, Egypt, Turkey.”

Take a look at the video below for our tour of a Sunseeker.

As a result, Sunseeker broadened its horizons to start selling beyond London, France and Spain, opening offices in the new destinations that customers were heading to, integrating itself around the Mediterranean Sea.

In addition to the sale of new and used boats, the firm is focused on delivery a premium service to match the goods clients are buying. “It’s about making it easy for someone to own a boat,” Lewis said.

That means how customers arrive, whether a car or helicopter is booked from the airport, if food be provided on the boat, if a captain will be made available. Beyond that, other services include running through specifications of the yachts, from colours to fabrics to storage.

“Our team will work with them closely and we have lawyers in our company to support legal requirements,” said Lewis. “The average owner of a boat 60ft or below will be an owner-user, while 60ft and above will mainly have a crew.”

He said that in terms of buyers, it’s often a case that these very serious and thoughtful businesspeople will find themselves drawn to yachts to act carefree for a change, enjoy their success and letting loose.

To help customers with purchases, Sunseeker formed a charter division that helps them to recoup costs. It’s an independent operation from the London business, but the two work closely together.

Lewis explained: “We get the weeks that clients want to keep for themselves, so we then provide people to go on holidays on the boat – the rule of thumb is people will get running costs back.

“So, you could say ‘I’ve got two children at school, I want some use in July and August’. Some clients will go for profit, but that’s not always realistic.”

On what Sunseeker represents, Lewis said: “We don’t sell boats. What do we sell? Lifestyle. That’s swimming off a boat, going ashore and eating with friends, exploring new islands.”

The interesting thing for Lewis is that boating levels the playing field. Despite the obvious amount of money that changes hands, it’s not important.

“When you’re on a marina, it’s not like a villa where you see the same old neighbours. One week you’ll have a young couple travelling around the world on a sailing boat with no money and befriend them; a week later you have a billionaire on his big yacht. Nobody talks about money,” he insisted.

Looking at the future, the company’s growth looks strong. From three Sunseeker speedboats sold in the first year, to double the next, the firm is on course for £150m turnover and just £15m of overheads with a presence in 30 countries.

“The good news is we make money, we invest heavily and always look at new areas and opportunities,” said Lewis.

“Where are the next places? Mykonos is one for the summer, a lot of customers want to visit. But we also have offices where you don’t have to be in the jet set. A lot of people are in business and all they want is to be away from people.”

Planning a grand escape without the tradition of hotels or quirkiness of house swapping? Could be time to set sail. 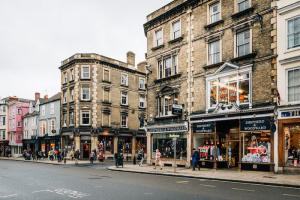 Is the high street making a comeback? 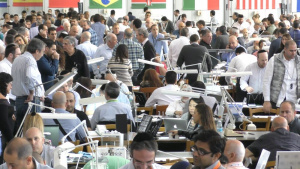 We need more women in the financial industry