When it comes to accounting, it’s fair to say that there is usually an immediate perception of the industry and the people who work within it.

Sage, however, is not only out to become the most dominant force of its kind in the market, it’s also shaking away those stereotypes to add fun into an area that can largely be considered boring.

This much was showcased as soon as the whistle blew for the kick-off of the Sage Summit 2016, which is being held at McCormick Place (the largest convention centre in North America). Wanting to create an impact from the start, Mike Ditka, a former Super Bowl-winning coach and NFL star, opened the proceedings.

The premise was this – teamwork makes the dream work.

Ditka bellowed motivational chatter at his “players” – a handful of C-level Sage executives – who stood before him adorned in Sage jackets with their names on, all in keeping with the NFL theme and desire to become champions.

It was an excellent way to deliver homage to the host city, where Ditka served as head coach of the Chicago Bears for ten years. As a result, Ditka’s winning attitude has generated a number of motivational quotes over the years, and here are a few gems that can be applied to entrepreneurs.

(1) “Success isn’t measured by money or power or social rank. Success is measured by your discipline and inner peace.”

(3) “The ones who want to achieve and win championships motivate themselves.”

With Sage priding itself on collaboration and support for SMEs, Monday 25 July is billed as the Partner Summit, a day that serves as something as an exclusive preview to prove just how much partners mean to the business – and that’s where Ditka came in.

“Sage team, huddle up. This is what we’ve been training for – this is your chance towards victory,” he cried. “I’m talking about a service that deserves respect. Am I right? Damn right, I’m right! You’ve got to go out there and give them [the partners] what they came here for.”

He proceeded to highlight the five-step play that the Sage team will move forward with to satisfy the partner network:

(5) Easy to do business with

“Now, when you’re up on the stage, you show these partners how serious you are – they’re playing with the best in the field. You’ll be their frontline, you’re gonna have their backs, you’re gonna give them what they need to win! Right? Damn right, I’m right,” he added.

The pantomime opening may have been slapstick, but it had the desired effect to draw laughs from the crowd. Furthermore, it showed that Sage’s ambition to be considered a disruptive, out-of-the-box-thinking outfit extends beyond that of the technology it provides.

Following Ditka, Sage will build on the ability to the rest of the Summit will include talks from the likes of Richard Branson, Gwyneth Paltrow and Ashton Kutcher.

On the theme of sport and business, entrepreneurs are more like heavyweight boxer David Haye than they know. 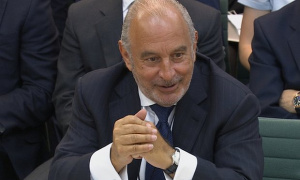 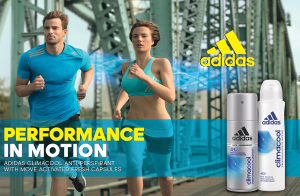 Getting internal buy-in for a new product launch