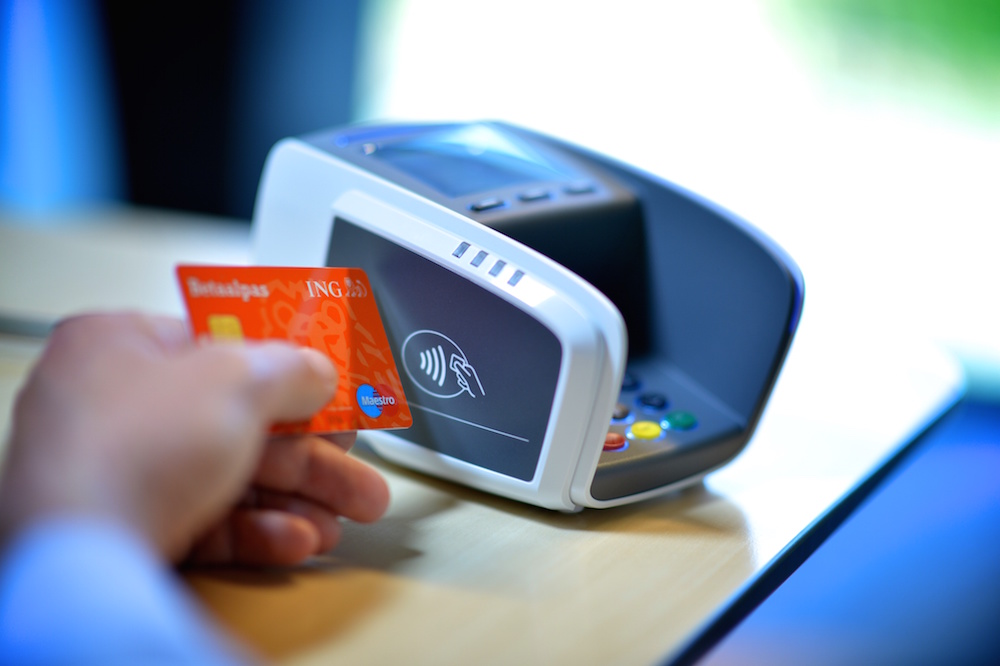 The rise in popularity of contactless payments, fuelled by smartphones and banks providing customers with NFC-enabled cards which can be used make low value transactions of £20 or less in stores to speed up the process, has been tracked by payments business Worldpay. The trend has been found to go both ways, with retailers now beginning to welcome tap and go-style terminals in stores – seemingly helping consumers through the transition as cash becomes less common. The number of contactless payments rose by over 150 per cent in the last six months, with 16.69m made in October 2014 compared to 6.65m in April 2014, according to the new data from Worldpay. The payment provider’s results show that supermarkets are leading the adoption of the tap and go market by accounting for 44 per cent of all transactions on the platform, followed by fast food chains with 24 per cent, pharmacies with 8.6 per cent, and food and drink with 6.5 per cent Speaking to Real Business about the contactless trend, a Morrisons spokesperson, said: “Since August 2014, all of Morrisons new stores have been fitted with new chip and pin technology to allow contactless payments. We are planning to roll out this new technology to all remaining stores in our estate in the New Year.” By comparison, businesses trailing in contactless transactions are travel, clothing and footwear, games and betting and hotels. In terms of location, London has accounted for just under half – as most tap and go payments are within the M25. Areas to show growth include Bristol and Bournemouth, with transactions in the cities increasing by 286.6 per cent and 223.3 per cent respectively between 2013 and 2014. Worldpay claims to have worked with 70 major retailers on contactless over the year, helping them to support consumers who want convenience, declaring it “a technological arms race among businesses who regularly take payments of £20 or less.” Dave Hobday, managing director of Worldpay UK, said: “Contactless is really a no-brainer for businesses that process a significant number of low-value transactions. It keeps customers happy by making their lives easy, and it helps staff make as many sales as possible during peak times. “While this is still a relatively new market with just 18 per cent of Brits claiming to possess a contactless card that they use regularly, it is phenomenal how quickly the technology is moving from nice to have to a must in sectors like hospitality, food, entertainment and retail. Any retailer still on the sidelines is going to end up a step behind their competitors and missing out on ‘tap and go’ trade.”