I have never been one to shy away from voicing my opinion, but listening to the Supreme Court ruling, on how charging people to bring employment tribunal cases against employers is illegal, really boiled my blood.

We live in an age where people will do anything for a quick buck, and I’m afraid that the trade union movement’s success will only fuel Britain’s burgeoning compensation culture.

The government has capitulated and agreed that employment tribunal fees will be abolished with immediate effect and all those paid during the three years that they were charged, will be refunded.

Reintroducing a no-fee system means that there’s no barrier for anyone who fancies having a try at hooking a few grand with a sob story about how their “villainous” boss has wronged them.

With the potential risk of being on the wrong end of an expensive and time-wasting employment tribunal claim looming over them, businesses are going to be wary of taking a punt on someone when recruiting. Further to that, it could actually have a really damaging effect on smaller businesses.

So, as I see it, the end result is a lose-lose situation, where there are no winners.

Obviously, I do feel for the ones who have a genuine claim of mistreatment or wrong-doing, but they will be a small number of fish in a sea of people ready to abuse the system, knowing it won’t cost them a penny.

Bearing in mind, of course, that 99 per cent of employees are genuine and just want to get on with their colleagues and bosses and do a good job.

I think that the main problem here is that the trade unions live in a 19th century fantasy world, where business owners are all monsters and their sole aim is to abuse workers so they can get as rich as possible.

The reality is, the pool of perfectly-employable people, with the right skills and attitude to successfully fit into a company culture, is, unfortunately, an increasingly small one.

This is just another example of the lack of investment and the wrong priorities when it comes to the country’s education system over the past 30 years or so.

Because of this, I don’t think it is uncommon for employers to make every effort to make a role work with an individual rather than having to enter another lengthy and, potentially fruitless, recruitment process.

They also want it to work because, after all, employers don’t want a high-staff turnover, they want loyalty and good work, and this only comes from treating employees well. This includes talking through issues rather than heading straight for the courtroom with an employment tribunal.

It seems however, after last week’s decision, that our law is actually based on the exact, ridiculous assumptions that the trade unions would like us to believe, when in fact the number of employment tribunal cases fell from more than 7,000 to about 1,000 when the charges were put in place.

We need to have something in place like an “application fee”, where people pay £500 to go ahead with a case, and if successful, get that money back when they win.

It’s enough to put those out for easy money off and could protect innocent victims of bad employers, as well as the business owners trying to thrive without jumping over countless hurdles. 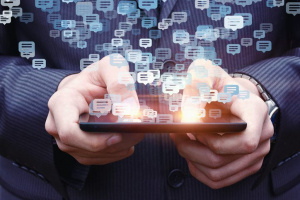 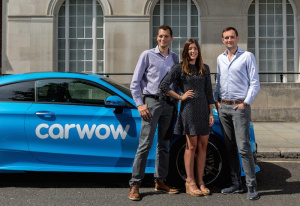