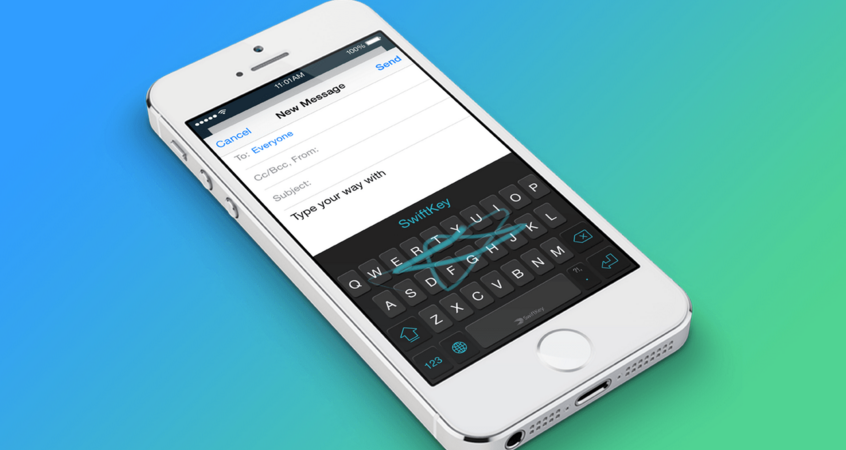 Share via
As investors we talk a lot about talent. We put the people we back above every other measure when assessing whether or not to invest. A company like SwiftKey looks like an obvious investment decision in hindsight but consider when this business was starting up… In 2010, the Android app market was nascent and the business hadn?t yet sold a single app. The technology was undeniably brilliant but in a little known area of artificial intelligence, focusing on natural language. Text prediction on smartphones was crude and given the youth and inexperience of the team ? co-founders Ben Medlock and Jon Reynolds were both under 30 when they first came to us it was hard to believe them when they said they were planning on building a world class company. Like most investors it would have been entirely reasonable to say that the team were too inexperienced, the technology unproven, the market not sufficiently mature, or one of a hundred other excuses to say no. However, every now and then we meet a team where the ambition, passion and drive of the founders is so powerful that it eclipses every other concern that you might hold. You end up taking a leap of faith and backing the team, trusting them to use that energy to knock down barriers, pivot where necessary and drive the business towards success. So what was it that made Ben and Jon stand out from the crowd? The most obvious answer is their intellect. You don?t have to spend long with either of them to realise they are world class experts in their field. A more nuanced answer is that they showed a willingness to work with others and demonstrated an extraordinary magnetic quality of attracting A-grade talent to their team. In other words, they recognised their weaknesses and never flinched in hiring outstanding individuals to create a well rounded, cohesive team.

Every business has its ups and downs. Often it can be a fine line between success and failure, based on an instinct of when to have the courage of your convictions and when to listen to the market and make fundamental changes to the business. This instinct is rare. Most entrepreneurs are pretty good at having the courage of their convictions but only the exceptional ones balance this with a finger on the pulse of the market and willingness to adapt their model to best fit the ever changing landscape.

In SwiftKey?s case they moved from a paid app to freemium, despite being the most successful paid app on Android, which resulted in a dramatic increase in the number of users, whilst still maintaining their position as best in class against a backdrop of competing industry giants.

The fact that SwiftKey remain market leaders and are now embedded in over 300m devices worldwide is a truly extraordinary achievement. Looking back over the last few years, working with SwiftKey has been a genuine privilege. I have no doubt that Ben and Jon will inspire others to set up their own businesses, both those who’ve worked with the company and those who haven’t. The SwiftKey story has demonstrated once again that London and the UK can create businesses and products with genuine global reach and success. SwiftKey are truly a British tech company to be proud of.

Hoping your business will achieve similar success? You could be in luck. It turns out that six world-famous tech leaders can be found within UK workers.