Being a retailer in 2019 is tough. Just think about the wide-scale epidemics the retail community is facing on a daily basis, from Brexit fears to managing complex supply chains and ensuring late payments don’t happen. The list is long, and overwhelming for many.

With all this in mind, there’s no doubt that running a business that has to manage the expectations of suppliers on one hand, and consumers on the other, is no walk in the park.

But there is one entrepreneur who isn’t facing any of these issues, and her name is Debbie Williamson. She’s the co-founder of boutique style furniture brand, Swoon, a company that’s grown at a rate of 100% year on year since it started in 2012.

So, just why isn’t she facing all the things that plague the rest of the British retail world, –  you’ll have to read on to find out.

As I make my way to Williamson’s office, nestled among the hustle and bustle of London’s perpetually trendy Old-Street, I wonder what sort of founder I’m about to meet.

When I think about the British furniture scene, chi-chi brands such as Loaf and Sofa Workshop come to mind in all their metropolitan and pricey glory.

By extension, when I think of the kinds of people who run these companies, I imagine them to be equally trendy and snappy fingered. However, when I’m welcomed into Swoon’s offices, and meet the woman behind the brand, I encounter a business leader who (quite positively) contradicts the stereotypes associated with the ‘trendy’ furniture design scene.

Williamson, warm-eyed and relaxed, invites me to sit down as she shares with me her ‘genre-defying’ retail story. Here it is:

“I worked in media and advertising my whole career. Early on I made a deal with myself that every ten years I would take a break from work and go travelling. In 2011, it was coming up to that ten-year mark again, and I was like, I have to go,” says Williamson remarking on the period leading up to the founding of Swoon.

“I went from South America right down to Antartica, and eventually swung around and headed to India, I’ve always felt a connection there,” she continues. So what was in the Indian waters that made her think she wanted to start a furniture company back home?

“I’ve always had a passion for furniture and design, even though I wasn’t working in that space before,” says Williamson. “That makes India a sort of furnishings mecca for people like me, there are so many beautiful things there”.

So eventually returning home to the UK, with ‘furniture on the mind’, she met up with an ex-colleague from the Telegraph, Brian Harrison, who bent her ear about the expense of buying homeware.

“He was complaining about how expensive it was to buy furniture, and he had just moved into a new place and didn’t know where to start,” says Williamson. But this wasn’t just listening to the complacencies of a friend, Williamson herself agreed with the state of things in the furniture sector:

“At Swoon, we don’t look at the market for our design inspiration, we look at the world around us and what designs it has to offer.”

“The thing is, he was right about the price of furniture,” says Williamson.”It’s far too expensive. Boutique style furniture brands are lovely, but the reality is that they sit beyond many people’s budgets, it made me realise how ripe the space was for reinvention,” she continues.

Williamson, who wasn’t in a full-time job at the time, offered to spearhead the start-up stage of Swoon, but how did she begin?

“In 2011, the e-commerce world was developed in some areas of retail but not others,” says Williamson. “For example, the world of fashion was up and running with it, but when it came to furniture, the likes of Ikea came very late to the game. So I saw a great opportunity for Swoon to come in and offer consumers something different,” she adds.

“I love boutique brands, but I just couldn’t justify spending £2,000 pounds on a single piece of furniture.”

But what was the difference with Swoon? The answer? Artisanal design at affordable prices delivered straight to your door. Oh and before we forget, offering furniture products that consumers actually want to buy through data-led processes, – was Swoon ahead of its time or what!?

“How do we give customers designer style furniture at an affordable price? That was our mission right from the start.”

So, looking at a furniture market that resembled something of a consumer binary between high-end and high-cost boutique brands, and cookie-cutter prototype, Ikea, Williamson could see a prime opportunity to offer consumers the best of both:

“We noticed that there wasn’t much happening in the middle market, in terms of combined design and a good price,” she says.

So, with these great ideas taking formation in her head, how did she come up with the very onomatopoeic sounding Swoon as the name for the brand?

“So, I’m a furniture and design obsessive, right? I’ve always loved reading design magazines, and I remember reading one article where the editor described something as a ‘swoon-worthy’ piece of furniture, and I thought, oh I love the sound of that,” says Williamson.

“To swoon over something is a really nice thing to do, and we wanted to reflect that feeling in our products, we wanted them to be statement pieces that stand out in a room”.

So, Williamson had this great vision for furniture, but how was she going to put it into practice? She started by putting boots on the ground and exploring manufacturing opportunities in all four corners of the world:

Getting the right suppliers

“I met some 500 manufacturers across 15 different countries,” says Williamson. “So you could say that I did my legwork! We only work with 37 of those 500 that I saw, we’re very particular about who we work with,” says Williamson.

But how did she choose the right ones?

“We choose them based on their artisanal talent and technique”, says Williams. “You’ll find that there are certain locations around the world where there is a particular talent for a certain kind of craftsmanship. For example, in India, it’s all about weaving, carving and block printing, whereas upholstery is very strong in Europe,” she adds.

I ask Williamson to take me back to basics, namely, where does the process of producing her products begin?

“You can only create what people want if you design the products yourself, that’s what we do at Swoon. Our design team designs products every single day, and push out 200 new products a month, which is unheard of, bigger retailers may push out that number over a year.”

“We always start with the design, and we use data to drive those decisions,” says Williamson.

“Here’s what’s broken within the retail industry: You’ll have a creative director who’s guessing what consumers want and pushing designs out there. We are doing something different, we’re reading the data and understanding what these customers want, and actually giving it to them.”

So Swoon’s in-house designers come up with a series of product designs that are released in small numbers as ‘testers’ to the market. Then using data analysis, they discover what products their customers most want to buy, clever eh? Then their suppliers produce (in larger numbers) the products that tested well. “Doing this means we only produce the number of products we know are going to sell, meaning we don’t have surplus stock sitting in costly warehouses with mounting overheads,” she says.

How they’re able to deliver a ‘designer’ yet affordable product

Added to this, using the best suppliers who don’t have quality issues means we won’t have supply chain issues. The result of all this means we can deliver truly creative and quality furniture at affordable prices straight to the consumer. Our larger, more traditional competitors have to jump through all those supply chain hoops, meaning their final product prices are inflated as a result,” she adds.

Brexit fears and advice for other entrepreneurs

I then navigate this fascinating conversation to the realms of Brexit, and Williamson is anything but fazed by this change in direction:

“We’re not worried about Brexit at all. We’re a very nimble business in terms of our suppliers, we have a number in the UK anyway. Should the worst happen, we’ll have all our suppliers here instead. In life, and in business, in particular, you have to be nimble, reactive and ready for anything,” she says.

So, on the topic of nimbleness, does she have any advice for entrepreneurs who are at that tricky stage of upscaling their business?

“You have to make sure that your business model is as flexible as possible. When things change in your business, you have to be able to jump around, and change lanes quickly. If you have a static business model where the whole thing is reliant on say, keeping the same supplier forever, then you’re very likely to be one of those startups that falter during the early years.”

But the best virtue an entrepreneur can have is determination, says Williamson. After all, you’re reading about a woman who, once, stood by the toilet on a long-haul flight to India, hoping to meet someone who could hook her up with a supplier:

“I literally stood there the entire flight, talking to everyone, looking mad. But it paid off and I met someone who put me in touch with the right supplier for me. These people don’t advertise themselves, you have to find them. Overall, I got where I wanted with Swoon because I was determined to get there.”

And with that, our meeting ends, and she rejoins her Swoon team, eyes flashing, ready for the next move… 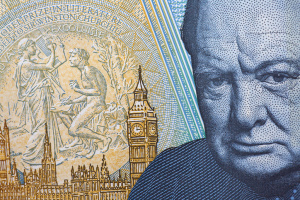 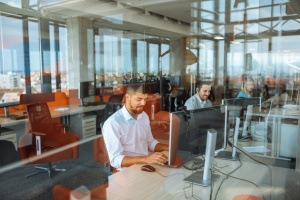 25% of millennials expect a response within 10 minutes