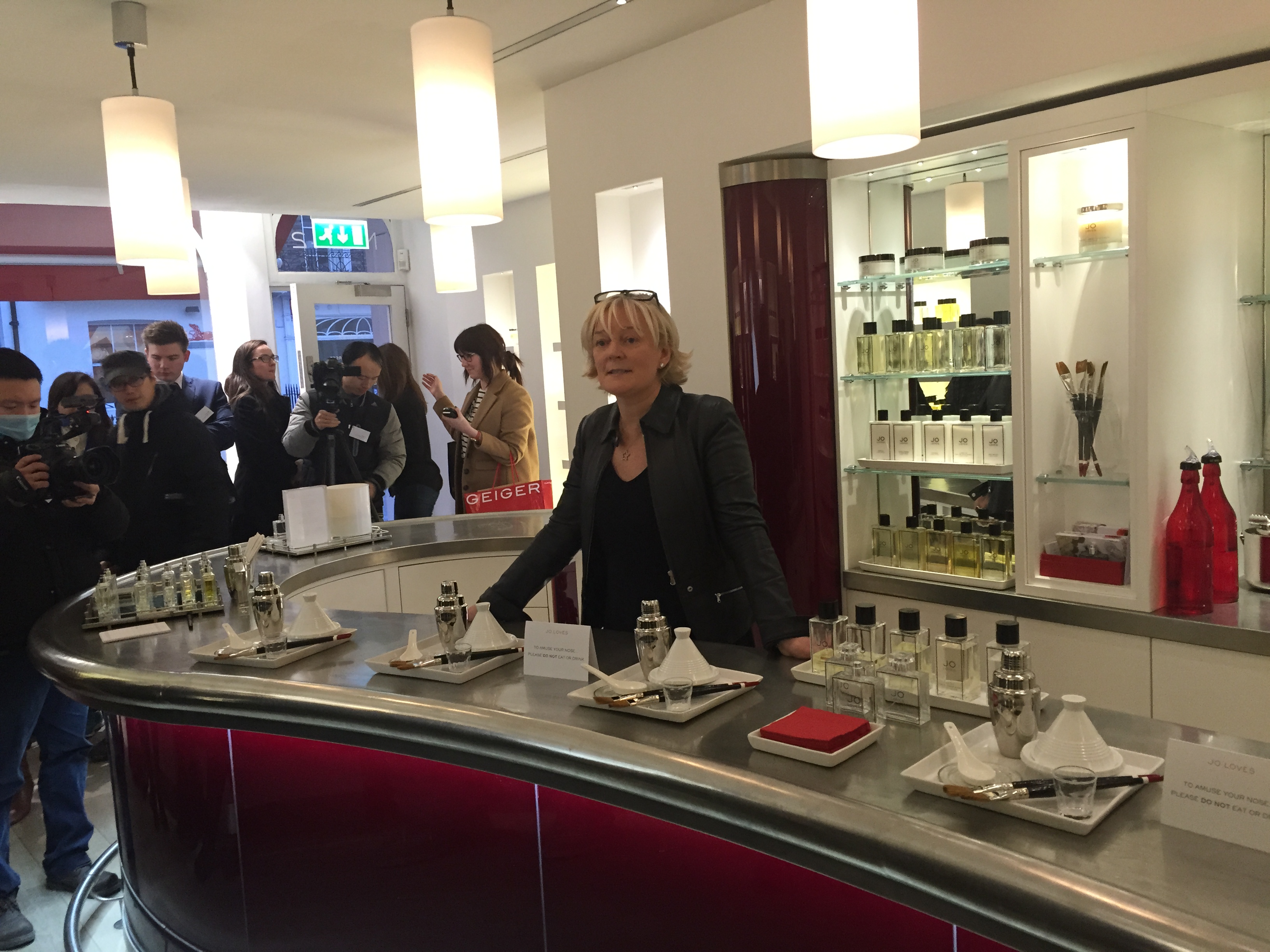 A quick trip down New Bond Street or Saville Row and it’s easy to see the Chinese appetite for luxury products and British goods. The burgeoning middle class in China has created a demographic keen to flaunt their wealth and eager to embrace western fashions and styles.

To capitalise on this a Duke of Cambridge-fronted UKTI trade delegation will be flying over to Shanghai at the beginning of March to partake in the GREAT Festival of Creativity. As an off shoot to the Business is GREAT Britain promotional campaign, some 500 UK businesses in technology, healthcare, design, luxury goods, entertainment and education will use the festival to reach the Chinese audience and showcase British creativity. In order to find out more, I joined a press trip moving around London looking at the best of British commercial activity. While this sector definitely felt the pinch during the recession when purse strings were tightened and spending was diverted away from luxury products, it is now rebounding with some style. From the enigmatic Alexander McQueen to the revered Paul Smith, British designers have always shone brightly on a world stage. Meeting up with the press trip half way through proceedings after it had been privy to a behind the scenes visit at the National Theatre, I began my tour of the creative quarter at The Cambridge Satchel Company. As chronicled in a recent feature compiled by Real Business, Julie Deanes The Cambridge Satchel Company has created a heritage product that began life on her kitchen table as a project to raise money for school fees and is now tackling new markets by the month. The company has just moved into its flagship store, a six-storey fixture in Covent Garden next door to Apple and bringing together retail space, a wholesale division and head office. Deane and the business are about to hard launch in China after spending the last half a year preparing and see the country as one of its key growth markets. Speaking to Real Business, Deane commented: It is much easier than people might think to go somewhere like China and talk about our product as we own it from the first cut of leather it is something that we can go and shout about. The Cambridge Satchel Company has used $21m of venture capital funding raised in January 2014 to recruit from the likes of Net-a-Porter, Mulberry and Marks and Spencer, part of building out the ecommerce platform and making sure products are on trend. To cater to the Chinese market, the brand has created a range of bags celebrating the year of the ram tactics Deane believes are key to making a success of it. From the vintage bag company we took a trip over to Belgravia and the site of Jo Malones new fragrance business. Located on the site of her first job at a delicatessen, Jo Loves is attempting to recreate what she did with her self-entitled business during the period before the turn of the millennium. After selling the business to Estee Lauder in 1999 and completing a non-competition period, Malone is looking to shake up the way we interact with fragrances. Her first fragrance boutique in Belgravia showcases this approach and our tour includes a walk through her innovative tapas bar service. Bringing together apparatus normally seen in a cocktail bar or top class kitchen, the experience did feel unique and felt like the kind of thing youd associate with the beauty counter at Selfridges or spa session at a country manor. In her explanation of her new venture, Malone was firm to add that she is not repeating what she did with the Jo Malone business, rather creating something entirely new. A sense of theatre is promoted as customers are encouraged to first learn about, and then experiment with, fragrance. Malone will be taking her tapas bar to Shanghai for the festival and giving the Chinese market a flavour of her creative approach.

Our creative tour continued by venturing back to the West End and the lofty setting of Bond Street and Saville Row. The elegantly dressed Rupert Sanderson gave us an introduction to his boutique shoe shop and explained how his products, made in the shoe mecca that is Italy, are gaining traction in the Far East. Celebrity endorsements from the likes of Kate Moss, Claudia Schiffer and even Samantha Cameron have increased the brand’s exposure, and it now has two locations in Hong Kong and one in Shanghai itself. Sanderson revealed that certain products have been designed or re-jigged to appeal more to a Chinese market, just like Deane has done with her year of the ram branded bags. His presence at the festival in March will form part of the luxury market London and the UK are becoming increasingly known for. As a fairly new brand, moving from Rupert Sanderson to Gieves & Hawkes down the road on Saville Row marked a trip back in time. Founded towards the end of the 18th century, Gieves & Hawkes is a tailor that has an impressive array of Royal Warrants. Granted their first during the time of King George III, the business currently has three having been appointed by the Queen, the Duke of Edinburgh and the Prince of Wales.

The Honourable Corps of Gentleman at Arms uniforms on display at Gieves & Hawkes on Saville Row were a picture perfect display of British heritage, design and craftwork. The UKs history is a big part of what international shoppers buy into, and the 250 year-old tailor is a pro at conveying that. Finished with our retail showcase, the GREAT Festival of Creativity prelude culminated with a trip to see the relaunched Miss Saigon musical at the Prince Edward Theatre off of Shaftesbury Avenue. A production of the entertainment mogul Cameron Mackintosh, a man once described as “the most successful, influential and powerful theatrical producer in the world” by the New York Times, the creativity on show was spectacular. Tracing the tale of an American GI who falls in love with a Vietnamese peasant girl turned prostitute, it brings together many different cultures. Big stage productions have become a big draw for tourists coming to London and a successful production can net producers millions of pounds. Miss Saigon debuted in the West End in 1989 and ran for ten years. Travelling to Broadway in New York and 15 other countries, it has now returned to its natural home and is selling out. The three day GREAT Festival of Creativity prelude tour will also be visiting Dunhill, the Foreign and Commonwealth Office, Jaguar Land Rover and Number 10 Downing Street, all of which Real Business will be covering. As a market, the UK creative sector has a lot to shout about whether it is on a domestic or international stage. Who know what will come of the GREAT Festival of Creativity in March, but it’s fair to say some fairly impressive businesses will be making the journey. By Hunter Ruthven