With such a huge variety of gambling available, from high-end casinos to local slot machines, both gamblers and gambling outlets are desirable markets to crack. And numbers show success-hungry entrepreneurs haven’t held back as fundraisings into online gambling and related businesses have increased year-on-year since 2012.

Since the Internet erupted into the social sphere, a massive change occurred and as a result, our daily habits have been affected. New technology has accelerated our lives’ beats and online developments now convey our sense of reality to the virtual domain. Just look at how augmented reality is being utilised through 360 degree camera technology games by companies such as SlotsMillion, NetENT and Microgaming.

The online gambling industry is a great example as its ongoing development is an undeniable fact of the success it enjoys these days. Interestingly, apart from being a betting entity, all online gambling businesses are also technology companies. The online side of the industry has been on the up since the first online casino launched in 1996 and remains one of the fastest-growing industries at the moment.

Many claim the online betting industry experiences such success due to people doing things faster than ever before. We move faster, we communicate faster and, for sure, we bet faster. For this reason alone, we can say that today it is easier to place a bet to the point where odds comparison sites are evolving into social networks offering one click bet placements.

In fact, studies show the primary reasons for choosing online gambling instead of the land-based alternative is convenience, comfort and ease. This is also what makes the iGaming industry sustainable. Take the US for example, where they want to ban online gambling. New Jersey has gained over $80m in tax revenue from regulated online gambling. Money clearly talks!

Interestingly, it’s been suggested the performance of the online gambling market attracts the attention of many investors, more so than any other industry. This is evident in the amount of funds waiting to be pumped into the market in the next few years. And as the popularity of smartphones and tablets expand, gaming will remain a key component. Although they are never used primarily for gaming, mobile games are the most downloaded application category across most app stores today.

Interestingly, a recent report by The UK Gambling Commission highlighted that the base of online gamblers has been getting younger. In 2008, 10.6 per cent of UK citizens between the ages of 18 and 34 gambed. That figure rose to 17.5 per cent by 2014. Naturally, with an increase in visitors comes an increase in revenue for casinos. The amount of money “dropped” or exchanged into chips rose from £4.9bn in 2010 to £7.3bn in 2015.

Odds for the future

In an interview, Michal Kopec, senior business manager at one of the world’s leading gambling affiliate, said: ”After an event-packet 2016 with European Championships, Olympic Games and US elections, 2017 is not looking promising for the UK bookmakers. Furthermore, there’s no hope left for English teams to make it to the last legs of the Champions League, nor can we expect the Premier League to bring any surprises anywhere near what we saw last year when Leicester City lifted the trophy.”

Although bet365 has claimed the potential Floyd Mayweather Jr vs Conor McGregor fight could be a highlight for bookmakers this is still a long shot considering the fight hasn’t even been agreed. But with an upcoming UK election and as the Brexit saga continues, this could potentially boost trading too. However, neither of these events are likely to attract the same interest as the Trump vs Clinton betting bonanza.

Given the lucrative nature of the industry though, businesses will continue to find applications for technology as long as some market exists. There is just one area of concern; the fact that gambling is being made easier and more engaging. As the industry is already fairly contentious, with accusations including encouraging irresponsible behaviour, we wonder whether using technology to make gambling more immersive is a step in the wrong direction.

In the US some states are banned from making choices on regulated online gambling; however the move has been criticized, with some saying it represents federal politics at its very worst. Denmark, on ther other hand, requires a player to share personal passport details (so called NemID) in order to sign up to a casino or a sports betting site. Gambling sites must also offer an option of self-exclusion, and a player can block him/herself from all online gambling sites by via the NemID system.

But despite the peaks and troughs, the gambling industry is not one to stay behind and is constantly reinventing itself. Apart from new trends such as the increase of mobile games, live casinos and virtual reality, the next big thing is likely to be bitcoin currency, as well as merging gambling to other igaming activities such as computer games. Time will tell but who knows, maybe the next wave will even be tech for responsible gambling?

Alexander Kostin is a betting expert at Better Collective 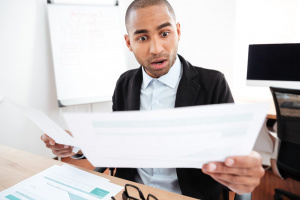