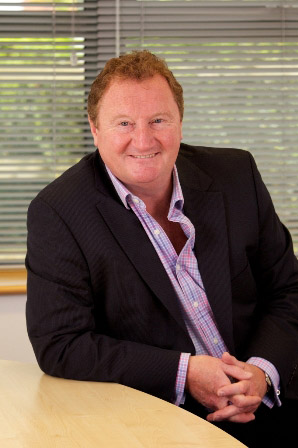 George Osborne’s decision in the budget to liberate pensions savers of their obligation to buy an annuity upon retirement sparked a national debate about what people can do with their pension pot.

Savers began to realise that no longer do they need to regard their savings as an intangible, untouchable chore. The combined pension pot of the UK is worth around ?2tn and a significant proportion of this belongs to business owners. But Adam Tavener, chairman of Clifton Asset Management and pensionledfunding.com, thinks events have made it so that pensions aren’t as valuable as they used to be, with many having to take a massive income cut when they retire. He says: ?History has made a lot of pension money irrelevant. It’s no longer the trusted and reliable way of being comfortable in retirement.? Tavener says that given this, it’s possible that an investment in your own business might help to get the retirement income that you expect. Clifton’s pension-led funding option allows business owners to turn their pension pot into growth capital. ?Pension-led funding is essentially us saying that we have a legal structure which we can throw around the self-investment which makes it commercial, legal, compliant, and more importantly is quality checked,? Tavener says, How pension-led funding works You can either lend money from your pension to the business against the value of its intellectual property (IP), or alternatively sell your company’s IP assets to the pension fund and then lease them back at a commercial rate. ?You the business owner are now benefitting from every point in that transaction,? Tavener says. ?You’re benefiting because your business has more money in it ? and therefore will be able to grow quicker ? but also if the business grows quicker then the value of your intellectual property increases and therefore the value of your pension increases.? Tavener says that they generally consider working with those with a pension pot of approximately ?50,000 and above, although this can be the combined value of the pension pots of multiple owners of one business. Clifton assesses the viability of the investment to ensure it is likely to make money.
?We don?t allow all the deals which come to us to go ahead,? says Tavener. ?If we don’t think the pension is going to make money from its investment then we won’t do it.? What’s the risk? As with all forms of funding there is some degree of risk, in this case to the value of your pension fund. But as Tavener points out, because you are investing in yourself you aren’t subject to the risks of borrowing from a third party ? so you’re never going to deliberately make yourself bankrupt or send the bailiffs around. ?We would never, ever, suggest that it’s a risk free process but there’s a great deal of control in it,? he says. ?Overwhelmingly the investments we sanction are successful, albeit not all of them are ‘wow amazing’ multimillionaires.? “We’ve got some great stories and we’ve got some ploddier ones where it’s just worked and the business has grown steadily since, and pretty much every stripe in between – and a small percentage, probably less than 2 per cent, where the investment failed.” More from Real Business on the future of funding