While supportive of the government’s motive of increasing tax compliance, the Chartered Institute of Taxation (CIOT) and the Association of Taxation Technicians (ATT) believe some form of judicial oversight should be required before anyone, including government departments, can take money directly from a citizen or business’s bank account.

The two bodies, which represent some 24,500 tax professionals between them, set out their views in response to a government consultation which closed this week.

CIOT President Anne Fairpo, suggested that the government is right to want to collect the money it is owed by indebted taxpayers who can pay but won’t pay. “However, this process must be subject to judicial oversight,” he said. “Enabling HMRC to bypass the courts and take money directly out of bank accounts is disproportionate.

“HMRC argue that they need special powers to recover debts directly because the court system is too slow and expensive. This criticism has some justification. But it applies equally to private individuals and businesses who are owed money. It is an argument for the government to reform the court process for all so that small claims can pass through it in a more efficient and less costly way, rather than providing special powers to one body to circumvent it. It would be preferable to let tax tribunals give an ‘express form’ of judicial oversight if County Courts cannot be improved upon.

This viewpoint was echoed by ATT president Natalie Miller, who stated that “the administration of tax collection is not a perfect science. In reality HMRC make errors, and sometimes significant ones, causing real financial hardship for otherwise compliant taxpayers.”

This is why they deem it paramount that adequate safeguards are in place to protect taxpayers in cases of administrative error. The ATT worries that these proposals will impact otherwise compliant taxpayers who, for reason of sickness or moving home, have not received or been unable to respond to HMRC correspondence.

“We believe it should be necessary to ensure contact with the taxpayer, for example through recorded mail, in order to establish the department’s claim to the tax, outline the history of its demands and reiterate its commitment to collecting what is owed.” Miller continued.

“Our members are also concerned that the impact of these proposals has not been correctly costed, and that HMRC have underestimated the resources which will be needed to administer it. The government should publish its workings, setting out how it will allocate funds to safeguarding mechanisms and prove that they will be adequately resourced.” 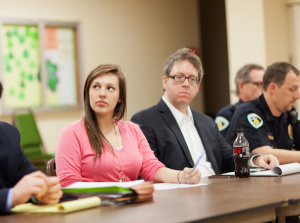 Could Snapchat be valued at $10bn?