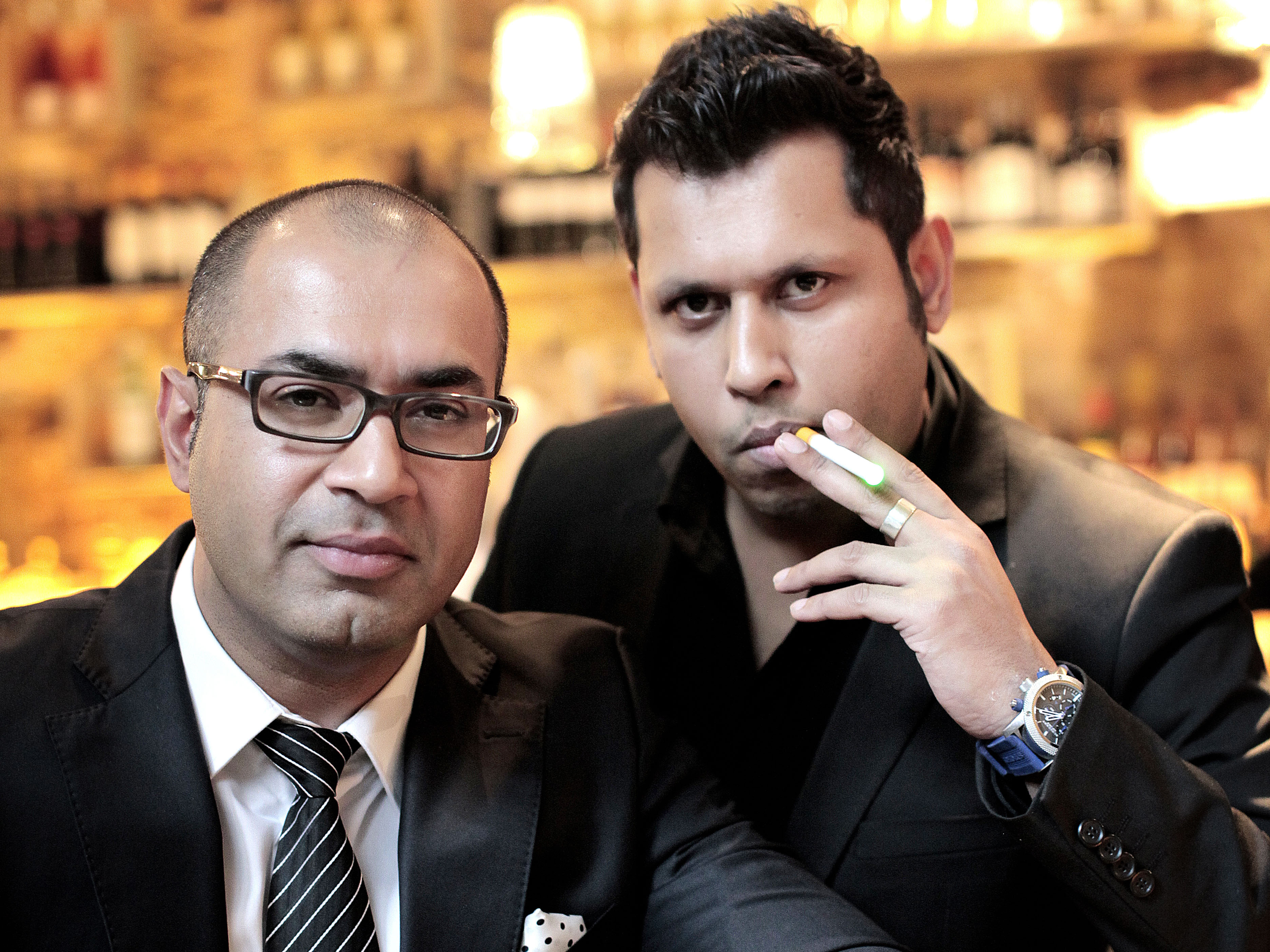 Founders and directors of Gamucci

The business currently employs approximately 225 staff worldwide, with the majority based in a manufacturing facility in China. Due to the rapid growth in the sector, Gamucci is set to double its international workforce in the next twelve months.

The company made a number of recent senior appointments to the management team, such as CEO Tony Scanlan, formerly of Rothmans International and John Dunne (formerly of Philip Morris) who has joined as head of sales. This includes former Imperial Tobacco executives Jacqueline Burrows, as associate director of corporate affairs, and Jonathan Cox, heading up expansion in the US.

We expect to more than double our current ?5m turnover this year. We are confident that this rapid growth will continue and accelerate in 2014 and 2015.

Gamucci was the first electronic cigarette brand to enter the European market. In 2008, Gamucci pioneered the world?s first disposable integrated technology, paving the way for a booming sector. Gamucci is the only UK company to own the patent for this technology and to own its own manufacturing facilities.

Gamucci is focused on building its business in high growth markets, particularly the UK and the USA. In 2013, the company is looking to build on its success in the USA – where it saw its growth double in 2012 – by making a major investment in operations in Florida. It is also looking to further develop its market in India, one of the most exciting potential markets in the world,

Founded in 2007, Gamucci quickly expanded its operations and established a presence in India in 2008, China in 2010 and in the USA in 2011. Today, Gamucci operates in over 20 countries worldwide with an annual turnover exceeding ?5m. According to Euromonitor International, the electronic cigarette market is now worth ?1.3bn globally, with the USA and the UK being two of the fastest growing markets. With only one per cent share of the UK?s traditional tobacco market at present, the electronic cigarette sector clearly has significant growth potential. Gamucci is well placed to take advantage of this growth.

People who don?t take the time to understand our product before making judgements about it. The European Commission wants to bring in regulations on electronic cigarettes that could block what could be a significant opportunity to improve public health. At the very least, it will stifle innovation and increase costs. This is regulating in ignorance.

Gamucci wants to be part of a vibrant, well-ordered and legitimate market, where consumers of electronic cigarettes can make a legal choice to buy the products and materials they want, with confidence that their suppliers of choice meet good and fair business practices. If the EUTPD remains unamended, the most likely result will be that most products providing gateway out of tobacco use will be eliminated before the positive impacts for human health have been properly explored and understood.

The e-cigarette marketplace is an emerging sector with huge potential for growth. It has quickly become a marketplace worth some $2bn worldwide, with the UK valued around ?50m. The UK market, however, is still in the early adopter phase and it is estimated that it has reached less than one per cent of its full potential. That means there is a significant profitable and sustainable business opportunity for retailers, driven by the freedom to smoke anywhere, the desire for social inclusion, no adverse impact from passive smoking – all at a lower cost compared to traditional smoking. Many of the major tobacco products suppliers are already seeing the benefit of providing both forms of smoking to their customers to introduce more choices and variety.

Easier access to finance for start-ups should be encouraged, not just for the under 30’s where it is currently targeted, but older entrepreneurs as well. There are many people in the marketplace who have lost their jobs and are starting new and innovative enterprises. We were lucky in that the success of our earlier businesses gave us the capital and resources to grow Gamucci organically. The majority of entrepreneurs, however, are not so fortunate.