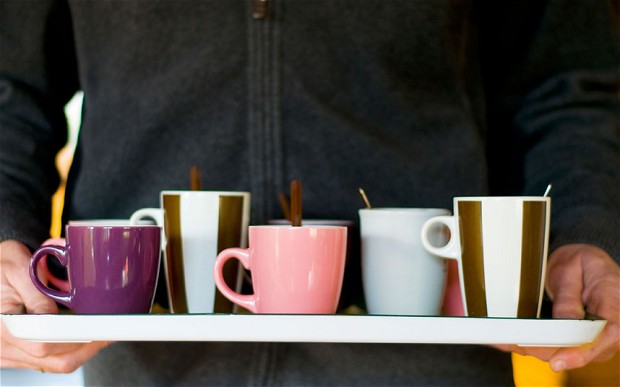 Time spent by graduates getting the teas and coffees are steaming ahead, having risen by 55 hours from 2013, according to research by Allianz Insurance.

General administrative duties such as scanning documents, minute-taking at meetings and diary management total 254 hours a year for the average graduate, but this isn’t putting them off their job. Instead, half (50 per cent) are satisfied with their day-to-day workload and more (54 per cent) are happy with the company they work for, having found it to be better than they expected. The majority of graduates (85 per cent) feel good about their career path and progression and only four per cent of graduates claim to be unhappy in their current role. London’s graduate workforce will have the biggest tea round orders to cater for as they spend nearly nine hours each working week fetching teas and coffees. Despite the hefty hot drinks demand, London graduates receive the most training and mentoring at nearly 18 hours a week. They also have support from their employers to study for professional qualifications. Across the country, graduates can expect to receive over an hour-a-day of one-to-one mentoring and a further seven hours a week of group training sessions. The career priorities of graduates across the UK in order are: “Even though graduates help with the daily tea rounds, our research found that the majority feel their roles to be better than they expected and they are happy in their jobs,” explained Jost Wahlen, head of learning and development at Allianz Insurance. It’s important to give graduates real responsibility from the beginning to impact our business, he added. “They share boiling the work kettle with everyone else. We are also keen on supporting them with gaining further qualifications and by delivering a high quality training programme. It’s great to see other firms taking the initiative to invest time and resource in their graduate workforce too.”