There is no doubt that the ‘hot’ topic of the week has been the weather. Of course, we Brits are never happy.

For much of last summer, we bemoaned the lack of sunshine, but since the arrival of last week’s heat wave certain people have been praying for an overcast day.

Most vocal among this group are the teachers that have been campaigning for a maximum temperature level, which, when reached, would see them and their pupils pack up their text books and head home.

I sometimes wonder about teachers. They say those that can, do and those that can’t teach, which is a stereotype every teacher in the country, I am sure, would challenge to their last breath.

But the comments from the teaching unions the NUT and the NASUWT make it very hard to think any different. They want, and in particular the NUT, a maximum temperature threshold of 26C before they down marker pens and head for the exits.

Add to the fact that teachers are about to head off on a six week break while the rest of us work, or have to take time off to sort school holiday childcare, these guys are not doing themselves any favours!

The point I am making is that teachers are charged with the increasingly vital role of preparing our young people for the world of work, and the attitude they are displaying will have a detrimental effect on kids.

Often, people are quoted as saying one of the biggest influences on their young lives came from their favourite teacher. The teachers’ unions should consider this more closely before the next time they come out with this sort of rubbish.

There is finally some recognition that subjects and qualifications taught at school need to have some relevance in the real world. The work of Professor Alison Wolf and business people like myself to raise awareness of the importance of vocational learning is starting to resonate with those setting educational policy.

However, skills and qualifications aren’t everything. Attitude, commitment and self-motivation are also essential and these attributes have to be instilled at an early age.

Any employer will tell you that it is a shock to the system of many new employees when they make the jump from education to employment, but the ones with the right attitude succeed.

But how can this happen in schools when you hear, as one teacher told the NASUWT, according to the BBC News website, ‘When the weather is above 24-25C the room is too uncomfortable in which to work.

‘Any significant movement results in sweating, it becomes difficult to concentrate and there is a complete loss of enthusiasm to do anything beyond basic childcare.’

That quote should be framed and put above the door of the Education Secretary so he can see every day the challenge he faces.

It beggar’s belief. Imagine one of my guys saying to a customer, ‘sorry Mrs Smith, I can’t reconnect your washing machine because it’s too hot under your sink to concentrate.’

It would never happen!

Now don’t get me wrong, the hot weather can make a lot of jobs tough, physical or not. I know my guys in our call centre have felt the heat this week, but with the number of calls we receive they have got on with their work admirably as have our engineers who always battle the elements, hot, cold or otherwise, to deliver our customers the best possible service.

And why? Because, they have the right attitude. But how can I expect my employees of the future to be the same if they are influenced by their educators who feel the need to declare ‘school’s out’ every time the thermometer hits 26C?

Of course, employers have to do their bit, after all, we’re not living in a Charles Dickens’ novel. The provision of watercoolers, fans or air-conditioning, tinted windows and the like are increasingly common as are, in some workplaces, relaxed dress codes and increased breaks to get some fresh air.

But it’s a two-way street and employers need the buy-in of employees who understand that, even though conditions aren’t always exactly as they like, and they’d rather be on a day trip to Southend, there’s a job to do and they have to get on with it.

Of course, some of this argument is academic, no pun intended, as teachers have a month and a half away from the melting pot that is the geography classroom.
So, when they return from their long holiday, they have to remember the responsibility they have to ensuring they can help deliver the people who have to, whatever the weather, put in the ‘significant movement’ required to earn a few quid and keep the economy going! 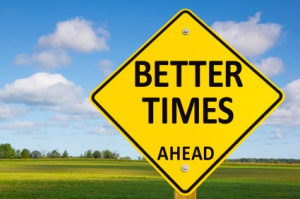 How to thrive during a recession 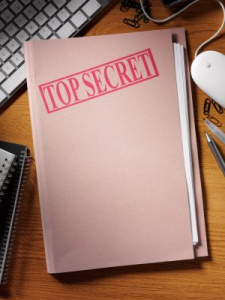