Tech. Innovation. Cutting-edge. When considering these buzzwords, one place comes to mind: Silicon Valley. For the vast majority of people, this southern stretch of the San Francisco Bay area is the undisputed epicentre of modern technology.

With Google, Apple and Facebook among the roster of tech giants that call Silicon Valley their home, it’s no surprise that the region is the go-to source for anyone wanting an insight into revolutionary new innovations.

What’s more, the dynamic creativeness of SV’s inhabitants and the quirks of their work culture are part of its powerful appeal as a haven for visionary entrepreneurs. But, in the era of billion-dollar businesses being run from a bedroom, it would be foolish to ignore the goings-on outside of Northern California.

Exciting new startups are appearing around the globe and, likewise, they’re finding locations that provide an equally innovation-friendly environment to set up shop. Here’s a list of lesser-known tech hubs that could be set to give Silicon Valley a run for its money in 2018:

With a highly tech-proficient workforce, as well as being home to a number of prestigious educational and research institutions, the city is becoming a buzzing hub for entrepreneurship and innovation.

Oradian – This is an SaaS company which provides frontier markets with the technological resources to achieve financial inclusion. Its cloud-based toolset is equipped with a whole range of financial management functions such as accounting, loan and portfolio management, and compliance.

Infobip – With coverage spanning 400+ telecoms networks across 190 countries, InfoBip provides a sophisticated platform for businesses to communicate with their customers. As well as more central A2P functions such as SMS and email, the platform also incorporates text-to-speech capabilities and data cleansing to make sure contact lists are regularly validated.

In spite of the country’s economic woes, the Argentine capital has developed into a Mecca for Latin American tech companies. Some four out of ten of the region’s unicorns are based in and around Buenos Aires, including MercadoLibre, the ebay-esque online marketplace, which was the first Latin American company to be listed on the NASDAQ.

The capital also shares wider Argentina’s reputation as an acclaimed outsourcing destination for software developers, largely thanks to a $5 million investment by the federal government to strengthen IT education in schools and universities.

Globant – Founded in Buenos Aires by four friends who lost their jobs in the 2001 financial crash, Globant is a worldwide software developer operating in over 10 countries. Working in areas such as AI and UX design, the company’s impressive client base includes the likes of Santander, Nespresso and PWC.

Atomic Lab – This is the brainchild of 22 year-old Gino Tubaro. The company is a non-profit, tech startup which uses 3D printing to create affordable prosthetic limbs for customers around the world. From its HQ in the capital, Atomic Lab coordinates its remarkable mission, managing a network of 7,000 global volunteers who help deliver its prosthetics those who need them most.

In late 2017, city officials in China’s monumental capital laid out an ambitious plan to modernise Beijing. The plan is all-encompassing, but technology and innovation are its lifeblood.

Beijing is already home to a thriving a tech scene, centred in the Zhongguancun district of the city, which is often dubbed “China’s Silicon Valley”. It is also home to some of China’s leading universities and institutions, giving resident multinationals such as Microsoft, Google and Lenovo access to the cream of the county’s tech crop.

Though still trailing the real Silicon Valley, Beijing is proving a worthy contender for innovation, with its tech startups pooling just over $70 billion of funding in the last six years.

Xiaomi – Founded in 2010 by Lei Jun, Xiaomi has been a game changer in the consumer electronics market. With a product range spanning mobile phones, audiovisual equipment and even drones, Xiaomi is underpinned by a mission statement of democratising high-quality electronics.

Although US hubs such as San Jose and San Francisco have largely dominated the domestic tech industry, skyrocketing rental prices and oversaturation are causing budding entrepreneurs to consider other, more accessible US alternatives.

Enter Philadelphia, a combination of affordable real estate and fantastic proximity to major metropolises have made it the exciting newcomer on the US tech scene.

The city is home to several prestigious universities, with healthcare and technology a particular specialism amongst them.

As such, the city has been the setting for exciting ventures such as the Healthcare Innovation Collaborative. Perhaps, for this reason, Philadelphia has fostered a strong culture of entrepreneurship. In response to complaints of a lack of funding for grassroots business, the city council have introduced StartUp PHL, a framework to encourage startup ventures in the city.

Tern Water – Founded in 2016 by Egyptian-American, Mo Zerban, Tern Water is dedicated to improving the quality of drinking water across Philadelphia. Through a smart-tap extension, Tern Water’s app uses real-time data to monitor domestic drinking water, alerting homeowners to contaminants it finds, before using an internal filter to provide a clean end product that is safe for consumption.

NeuroFlow – This startup came into existence after US veteran Chris Molaro became concerned with the negative impact of poorly informed mental health care on patients. This app uses insightful analytics and monitoring to make sure professionals get comprehensive breakdowns of their patients’ condition and are able to provide more targeted treatment. The group has been making impressive headway, receiving a $1.25 million investment last year.

The little municipality has earned a glowing reputation for innovation, primarily because of its progressive attitude towards blockchain and cryptocurrencies. Nicknamed ‘Crypto Valley’ for the high number of companies involved in the industry, the town became a haven for such organisations after former Credit Suisse employee Nikolas Nikolajsen founded Bitcoin Suisse there.

He was not only a key instigator in Zug welcoming in subsequent crypto-focused business, but he also consulted the town’s government on how these new technologies could be integrated into local infrastructure. A model of forward-thinking governance, the town has accepted Bitcoin as payment for municipal services as well as running trial elections in which votes are cast using blockchain.

Crypto Valley Association – Following the arrival of Ethereum, a platform dealing in the cryptocurrency Ether, a wave of innovation was set off in Zug, with everything from tech startups to law firms being established to nurture the blockchain and cryptocurrency ecosystem.

This conglomerate of companies eventually became the Crypto Valley Association – a business network designed to share expertise and empower new ventures in cryptocurrency and blockchain.

Today, the group is 400 strong, with high-profile members including global accounting firm KPMG and financial data specialists Thomson Reuters. They also hold an annual conference which serves as a debating space for issues and talking points of the crypto-industry and how its technology can be better applied in future projects. 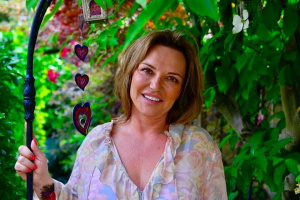