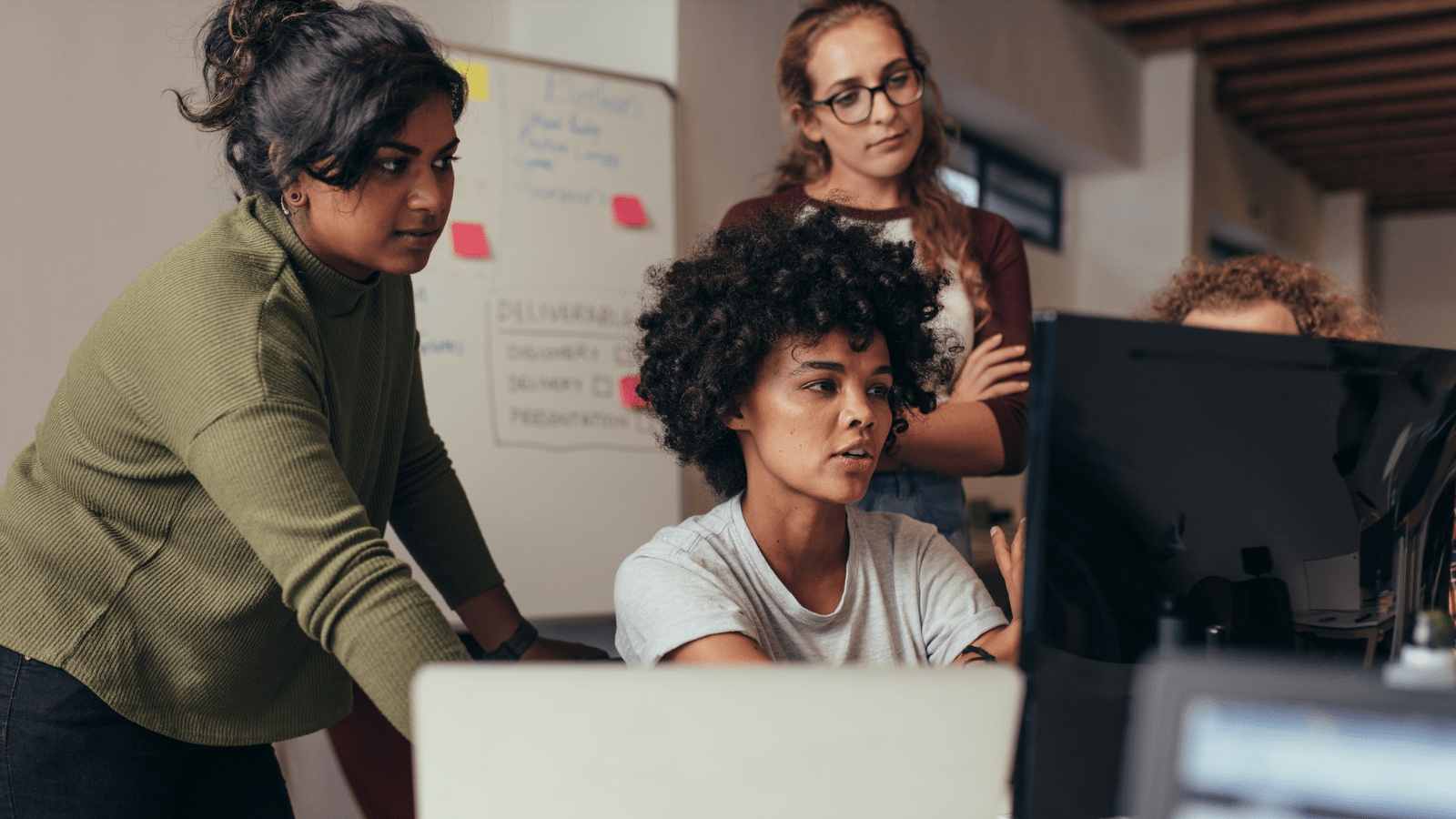 Share via
This International Women’s Day we once again turn our attention to gender equality in the workplace. The theme for 2021 is “Choose to Challenge” and challenge we all must. It’s an important opportunity to take stock of progress and look forwards to what more we can all do to ensure a culture of female inclusion in organisations from entry-level, right to the top. Despite just under half of the working population being female, due to a complex set of reasons, women continue to find themselves underrepresented in many industries, particularly in leadership positions. When it comes to tech, the hangover is still being felt from the beginning of the industry. Back when tech was an emerging discipline and considered “menial”, like typing and administration, women made up most of the workforce. However, as the potential of technology was realised, men began to dominate the space, reaping the rewards of high status and salaries. The status quo is proving difficult to change, but not impossible. Due to positive action over the past few decades, women are no longer banging their heads on a glass ceiling. But metaphorically it’s still there and this can manifest in very real ways, influencing women’s career choices and slowing their progression once they’re in a role.   The impact of COVID-19 on the status quo No part of life has been unaffected by COVID-19 and it continues to impact our daily experience of work. This shaking up of the status quo has been both positive and negative for staff. And taking a look at women’s experiences, it seems this unprecedented event has been a catalyst for change in some respects while undoing decades of progress in others. Faced with a disrupted routine and pivoting priorities, some women have met the challenges head on and have risen up, demonstrating strong leadership, clear thinking and empathy during the chaos of the emergency phase of the pandemic. All the while, many other women have found themselves with competing priorities at work and at home. Numerous studies have highlighted the unequal distribution of personal responsibilities including childcare, home-schooling and housework caused the pandemic restrictions. So much so, working women are currently spending an average of 15 hours a week more on unpaid domestic labour than their male counterparts. It’s clear female employees have disproportionately borne the brunt of the COVID-19 storm and some risk burning out, affecting wider teams, productivity as a result of presenteeism or prolonged absences, and of course, slowing their own career progression.   The diversity dilemma in tech leadership It’s important to focus on leadership when debating the diversity dilemma as the absence of women in senior roles has a knock-on effect on every area of a business. It also trickles down to the decisions being made by girls and young women, who lack female role models when they start their journeys in education and the corporate world, creating a vicious cycle. Counter to what you might think, on paper tech faces a larger diversity dilemma in the general workforce than it does in leadership. According to a Tech Nation report, 29 percent of tech leadership positions are filled by women compared to 23 percent in lower levels. Sounds positive, right? Well, in reality it’s more complicated. While the stats for tech leadership are much closer to what all aspire to achieve (a 50/50 average split), in reality you’re much more likely to find a woman in a tech leadership role such as marketing or HR than you are in say finance, sales or procurement. It’s also common to see the same female leaders moving from tech business to tech business at the expense of promoting internally or attracting fresh talent from other industries. Once these women leave the workforce, there then isn’t a pipeline of new talent to fill these positions.   The future is female The positive progress we’ve seen in the tech field over the past two decades has been truly inspiring, including cross-industry commitments like the Tech Talent Charter. But it’s clear we’ve still got a long way to go to smash tech’s glass ceiling once and for all. For businesses, gender equality is imperative. Companies that do not represent their customer base and do not include diverse perspectives, especially in decision-making seats, will be left behind. The reasons why women are underrepresented in tech leadership are complex and therefore initiatives to reverse this must be multi-faceted. For females with a dream to reach the top in tech, go for it and always be yourself. Let your drive and achievements shape opinions and accelerate your career. Understand that your unique qualities are why you’re so valuable. If you’re a leader in tech (male or female), use your position to benefit female colleagues be it through mentorship, calling out bias when you see it or identifying the next generation of talent. For those responsible at the top for creating an inclusive place to work, understand that women don’t want to be treated the same as men. True equality is where differences are celebrated and championed, and to achieve this, organisations must support equality of opportunity for everybody – through rhetoric and action.   Louise Fellows, Public Sector Director, Softcat