Ascendant Corporate Finance tracked 809 investments into technology companies in 2017, identifying which ones garnered the most capital, while at the same time glancing at the funding landscape as a whole.

It found that 2017 was the biggest year on record for technology companies when it came to funding, far exceeding the peak of the 2000 internet boom.

According to Ascendant, the most active regions were London and Ireland, which were responsible for 58 per cent and 12 per cent of deals respectively. Fintech was a large area of focus, with the industry featuring the most in Ascendant’s top ten list of massive investment deals.

Outside those ten companies, internet services reigned supreme, with £3.2bn of money invested in 426 companies. The software and hardware sectors trailed behind.

The firm also concluded that 57 per cent of deals involving technology companies were worth less than £2m in value, accounting for seven per cent of all money invested.

(1) Improbable
Sector: Virtual reality
Amount raised: £389m
In short: The company is building technology that will be able to uphold large simulations. The cash injection was put aside to ensure further development, as well as the expansion of its team in London and San Francisco.

(2) Farfetch
Sector: Fashion
Amount raised: £311m
In short: Farfetch is taking the luxury goods sector to a new level, capitalising on the fact that too many high-end products are still only sold in bricks-and-mortar shops. In 2017, it set its sights on China, using some of the funding to elevate its presence there.

(3) Deliveroo
Sector: Food and drink
Amount raised: £283m
In short: The delivery service has constantly made its way onto the top ten list, having featured in 2015 as well. The money was used to expand on its delivery-only kitchens concept. It also vowed to grow its technology team and take new cities under its wing.

(4) Acorn Oaknorth
Sector: Finance
Amount raised: £251m
In short: This “bank for entrepreneurs, by entrepreneurs” has reached unicorn status. The investment was said to be used to boost lending capability by £1.5bn, with the hope that it would add additional jobs in the UK. The company also planned to use it to roll out an in-house lending platform.

(5) Lightsource
Sector: Energy
Amount raised: £150m
In short: With an emphasis on harnessing solar energy, Lightsource garnered the interest of corporate giant BP – which now has a 43 per cent stake in it. Alongside BP, it will be investing in the likes of wind energy and biofuels.

(6) Neyber
Sector: Finance
Amount: £98m
In short: The platform, ensuring financial wellbeing for UK employees, used its cash injection to grow its salary-deduction loan product. Much like Acorn Oaknorth, it plans to increase the amount it can lend.

(7) Secret Escapes
Sector: Travel
Amount: £83m
In short: As one of the leaders in the travel industry, Secret Escapes is notorious for the offers it extends to members. Confident in its product, the company said it would use the funding to explore further destinations – and possibly acquire a company or two.

(8) Funding Circle
Sector: Finance
Amount: £83m
In short: Funding Circle has been hoping to expand its presence in the mobile app space by launching two separate apps (one for Android and the other iPhone) for its investors. New hires were its second port of call, with the company having recently hired its first ever commercial head of retail investments.

(9) Atom Bank
Sector: Finance
Amount: £83m
In short: The app-only Atom Bank will also be able to lend more money to SMEs after this specific cash injection. The capital will be used to roll out a new range of products, as well as boost corporate growth.

(10) Tandem
Sector: Finance
Amount raised: £80m
In short: Of course, challenger bank Tandem hoped to gain growth off the back of this finance. More importantly, however, it signed an agreement in 2017 to acquire Harrods Bank. This, the bank said, would accelerate its launch of savings accounts. 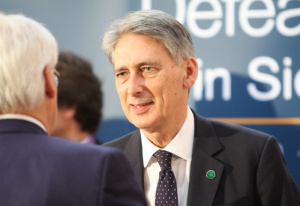 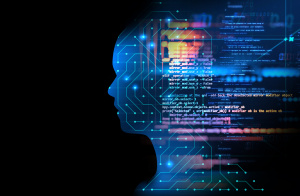 Unlocking the potential of AI and machine learning for SMEs