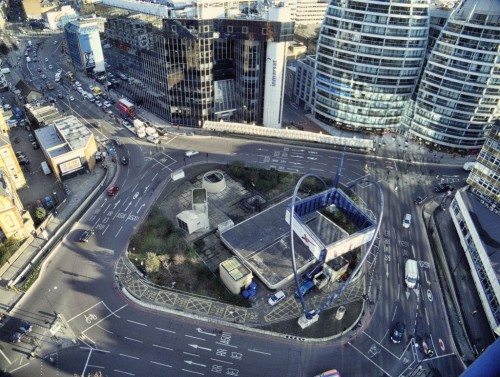 One in five business leaders are even considering moving some of their operations outside of the UK, a recent survey by the Institute of Directors reported.

One thing is certain, after the UKs withdrawal, the very meaning of the phrase English law” will change, thus altering the underlying basis for business relationships. Since many existing contracts contain clauses pertaining to the UKs membership of the EU, thousands of legal agreements will need to be adjusted in order to remain compliant and ensure the necessary risk protections are in place.  This will impact any company with a EU/UK engagement, either directly or as part of an extended supply chain. Tech companies should watch out for changes related to currency, territory provisions and the movement of goods and services and take steps to prepare. Currency As a result of Brexit, foreign exchange and currency issues could impact the commercial benefits in contracts. Not only should invoicing provisions tied to the Euro or the Pound be reviewed, but companies involved in the global delivery of goods and services should be wary of how wild swings in the currency markets will impact business performance. In certain circumstances, dramatic changes in valuation could also trigger termination, invoke provision protection or risk a shift in ownership.  Brexit could also affect the profitability for an organisation to produce a product, forcing them to solicit force majeure or termination clauses. As for the sourcing or procurement side of businesses, all goods and services necessary to keep the lights on and keep up momentum are at risk for termination. Territory provisions In addition to currency and exchange rate changes, Brexit could impact trade rules, including tariffs and territory provisions. If a company is trading services or goods with EU member states, contracts may well been made with no consideration for tariffs or barriers thus impacting operations by altering the organisations ability to deliver per the requirements of that contract. One thing to look out for is a license giving specific rights to the EU. If found, the company will need to create a separate contract to cover the UK, which could potentially alter the revenue or cost of the original agreement. Movement of goods and services New UK laws could also drastically affect logistics if changes occur in the movement of goods and services coming in and out of the UK. For example, Brexit could cause delays and inspections at border crossings, which is critical to a tech business production and delivery of products. Border crossing changes, along with visa applications, could also limit the free movement of people, which restricts a partys ability to find the tech talent needed in certain locations.  Brexit could then impact import/export tariffs as well as the underlying economics of a contract, including trade, immigration and agricultural subsidies. In anticipation of these changes, tech companies should start to evaluate how these elements are defined inside their contracts. Next steps: Preparing for the inevitable Business relationships are defined by contracts between organisations, which is why it is critical for companies to know what is inside those contractual documents. This insight is the first step toward addressing the changes Brexit will require, but it is also a time-consuming one for many companies. By extracting metadata and clauses through a sophisticated search review, businesses can quickly understand what is in their existing contracts and identify which need attention — all without disrupting day-to-day operations. Though the definite changes are unknown and the timing is unpredictable, it is imperative that businesses begin reducing uncertainty by preparing for the possibilities. Failing to plan could leave your company paralysed after new laws take effect. Toby Hannon is VP of Seal Software, EMEA. Meanwhile, it’s advisable for SMEs, no matter where in the supply chain, to run a Brexit audit. This will establish exactly what the potential issues are and then it is important to start putting procedures in place to manage those identified issues.